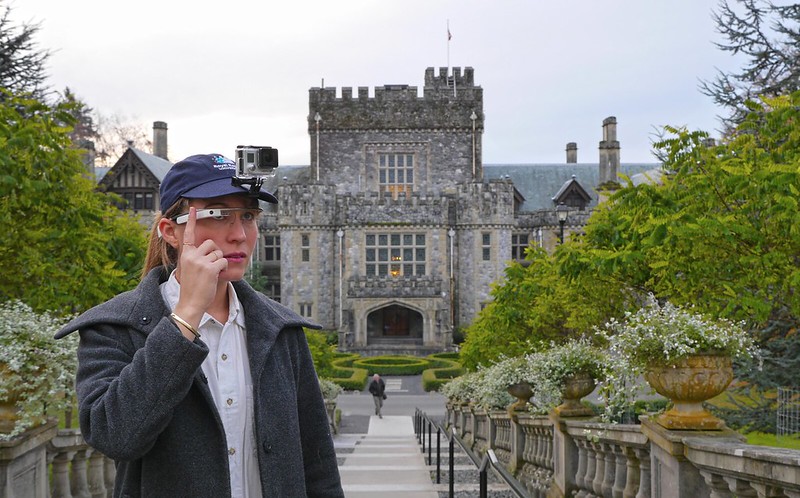 Bochure-style marketing and traditional advertising may soon be a thing of the past in the educational sector after a student marketing campaign has been brought to life by Royal Roads University.

Rather than take one mass uniformed approach to campaigning, the university employed a bevy of targeted creative angles that leverage new technology and social media, including the first “virtual university tour” conducted live via Google Glass and GoPro.

“Our alumni speak of their experience here at Royal Roads as transformative and life changing. Now that we have technology and social media at our finger tips, it makes perfect sense for us to give prospects a true taste of that, customized to their needs,” said Catherine Riggins, Royal Roads Director of Branding, Marketing, and Recruitment.

The University leveraged Google Glass and GoPro to provide potential students with a virtual tour of the campus last week, allowing them to sample a day at Royal Roads University from anywhere in the world. On LinkedIn, the university created custom profiles that are the “future selves” of select student prospects, showing how their careers could advance after a Royal Roads education. On Facebook, “glimpse into your future” events have been created, which specific candidates are invited to through promoted posts. On Google, Royal Roads is leveraging Google AdWords to target potential student candidates. If they happen to Google themselves, an ad displays with a message speaking directly to that individual by name, supported with more general display ads.

“Rather than just speak to the masses, we knew it was more fruitful to speak directly to warm prospects, and what better way to do that than to put them at the centre of it,” explains Creative Director Michael Milardo from Cossette, the advertising agency behind the new campaign. “Through technology, these potential students can sample the Royal Roads experience first-hand with elements such as the Google Glass stunt, or take a glimpse of what their future would look like if they decided to attend the University.”