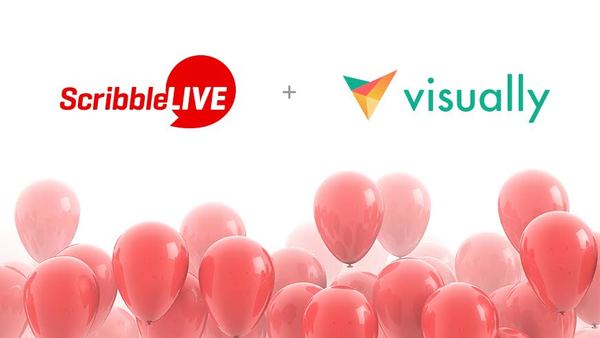 According to TechCrunch, Visually will continue to operate as a separate brand from ScribbleLive, a Toronto company.

ScribbleLive, founded in 2008, started as a liveblogging platform before evolving into a content marketing platform powered by data science. Visually began as an infographic creation tool to a marketplace for businesses to recruit visual content freelancers.

Visually is a Silicon Valley startup, which will give ScribbleLive a stronger presence in the US.