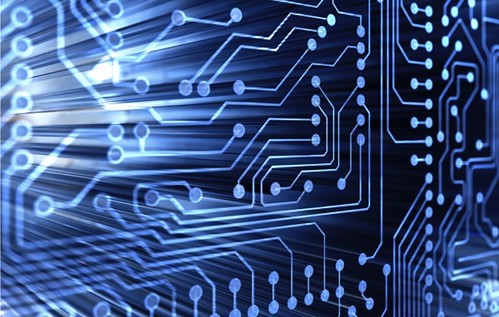 Deloitte’s 2016 Canadian Technology, Media & Telecommunications Predictions aim to give Canadians insight into what lies ahead in the next 12 to 18 months in tech.

Below, seven of Deloitte’s predictions.

By the end of 2016 more than 80 of the world’s 100 largest enterprise software companies (by revenues) will have integrated cognitive technologies in their products, signalling a true coming of age for AI (Artificial Intelligence). This is a 25 percent increase on the year prior.

By 2020, Deloitte expects that about 95 percent of the top 100 companies will have incorporated one or more cognitive technologies. Machine learning, natural language processing and speech recognition will be the most important cognitive technologies in the enterprise software market in the year ahead.

2. Gigabits to the home makes its case.

The number of gigabit per second (Gbit/s) Internet connections available to Canadians will surge to over four million by the end of 2016. It’s hard to say how many will subscribe in that first year, but we expect at least 100,000 homes by year end, in line with global adoption.

Rising demand will be fueled by increasing availability and falling prices. Those four million subscribers; however, represent less than three percent of Canadian customers on networks capable of Gbit/s connections as of the end of the year

3. Trailing Millennials are the pro-PC, not the post-PC generation

Canadian trailing millennials (18–24 years old) will not abandon personal computers in 2016. While they may be the smartphone generation, their ownership, intent to purchase and use of PCs will likely be higher than any other age group and the Canadian population as a whole.

In a 2015 Deloitte survey, 25 percent of Canadians 18-24 hope to get a new laptop in the next 12 months, and Canada was one of the only countries surveyed where trailing millennials were more likely to have access to a laptop than a smartphone: 93 percent vs 91 percent! Trailing millennials consider smartphones and PCs complements, not substitutes.

Virtual reality headsets will move from the lab to the store for consumer purchase in 2016 with hardware and software sales totaling $1-billion globally, and less than $30-million in Canada.

Despite the hype around VR, this is still very much a niche market.

5. Women in IT jobs: Worse than you thought and not getter better

Deloitte predicts only 22 percent of information technology (IT) jobs in Canada will be held by women, lagging the US which is at 24 percent. This is likely to be almost unchanged from 2015. With gender parity the goal the solution will be complex and take time, decades even.

To get there, we need improvements to the education pipeline (only 25 percent of those studying computer science in Canada are women, down from 2009 levels of 27 percent); the recruiting and hiring process; retention rates; pay and the path to promotion are all required.

6. The Award for stable box office revenues in the fact of digital media goes to …

The value of movie theatre admissions in the U.S. and Canada will fall by about three percent in 2016 to about $10.6-billion, with about 1.3 billion tickets sold. Box office success is largely dependent on the slate of movies released, but since 2002 it has never gone down more than six percent or up more than 10 percent.

In 2016, Deloitte predicts average annual growth of one percent (plus or minus 10 percent) and the number of tickets sold to decline about one percent.

7. US TV: Erosion, not implosion

The U.S. traditional television market, a bellwether for the Canadian market, and the world’s largest at about $170-billion in 2016, will see erosion on six fronts: the number of pay TV subscribers; pay TV penetration as a percent of total population; average pay TV monthly bill; consumers switching to antennas for watching TV; and live and time shifted viewing by the overall population, especially millennials 18-24 years old.

Despite concern of traditional TV collapsing, Deloitte predicts the decline will be gradual over time. Virtually all of these US trends are also being seen in Canada, although Canadians watch about 240 minutes of live and time shifted TV daily, compared to 320 minutes in the US.