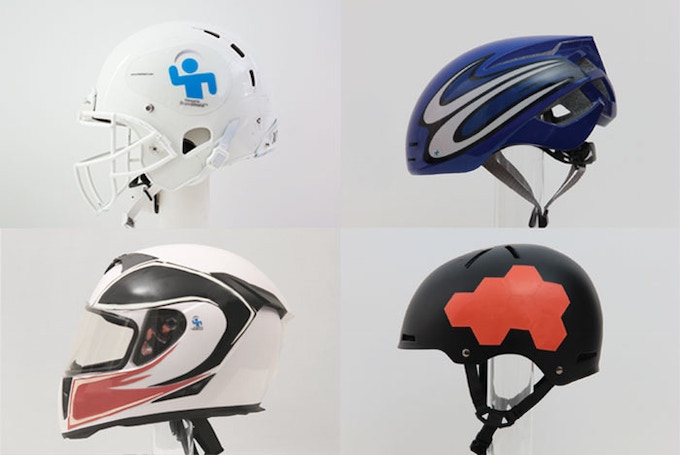 Daniel Abram says there’s a problem with helmets, they’re only designed to prevent against one type of brain injury.

Abram is the CTO and COO of Shield-X Technology, a Vancouver based-startup that’s developed an impact-diverting decal, called BrainShield, which can can help protect against another, more common type of brain injury when it’s stuck on to a traditional helmet.

“The helmet design that we have right now currently in the market, almost all of them, they are only designed, tested and certified for compression force,” he says. “It has totally ignored rotation.”

Like compression, a rotation or sharp twisting of the brain or brainstem can cause traumatic brain injuries like concussions.

Shield-X is currently raising money through a crowdfunding campaign to bring BrainShield to market.

“There is no magic,” says Abram, “this is pure science and we’ve been working on it for the last six years. The way it works is that BrainShield is very thin but it’s made of micro-engineered layers that are stacked on each other and once it receives an impact on the top layer, the layers, they slide on each other and that way it doesn’t allow the force to be fully applied to the outer shell of the helmet and then after that to the brain of the person.”

The science certainly appears to be strong – Shield-X was spun-out from a lab at Simon Fraser University, where Abram worked as post-doctoral fellow.

He says the Shield-X team tried several different ideas before settling on the decal and even invented an new testing system for helmets.

He says current helmet testing just involves a flat impact but that’s not how things usual go in reality.

“In reality that almost never happens, you always hit a surface at an angle,” he says. That causes the dangerous sharp twisting of the brain.

While the decal will work for any type of helmet, everything from bicycles and motorcycles to hockey and football, Abram says it’s most important for sports like football and hockey, where head impacts are common – he says some football players can get hit in the head 1,500 a season.

The Simon Fraser team reported fewer concussions than in previous seasons while the high school team had none. Still, Abram says that while the BrainShield decal can reduce risk, it doesn’t eliminated it altogether.

“Magic solutions do not exist,” he says. “In concussions, for example there are multiple factors involved, the headgear is one of them.”

He says age, sex, the type and severity of the impact as well as previous brain injuries also play a big role.

Shield-X is looking to raise $70,000. Abram says it will allow the team to manufacture BrainShield in Canada. With three weeks left, the campaign had raised just over $3,000. BrainShield decals will cost backers $39.