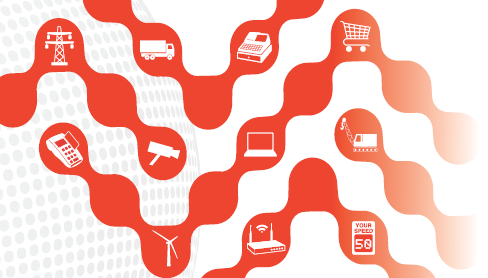 While already impacting auto, mining, construction, and myriad other industries, the movement and disruptive effect of the Internet of Things (IoT) is still only beginning, and Sierra Wireless intends to be at its fore.

Sierra Wireless is at the leading-edge of machine-to-machine connectivity and cloud services, providing intelligent wireless solutions to network operators, OEMs, and enterprises worldwide. The Richmond-based company has been nominated for Company of the Year award at this year’s BCTIA Technology Impact Awards.

Sierra provides its customers with wireless machine-to-machine (M2M) devices including 2G, 3G, and 4G embedded modules, wireless gateways, and an end-to-end platform that facilitates the building, deployment and management of IoT applications.  The company’s devices and cloud services have been deployed across numerous industries, including transportation, energy, health care, and security. Since its founding in 1993, Sierra has shipped over 100 million machine-to-machine devices worldwide.

The Internet of Things, the idea of connecting devices not traditionally associated with the Internet, is becoming increasingly ubiquitous across an increasing number of domains, and large tech companies have plans to make a giant push to create these connected devices.

Sierra intends to capitalize on this emerging frontier.  Olivier Amiot, Director of Enterprise and Consumer Solutions at Sierra Wireless, has said, “Smart cities, smart grid, transportation, fleet management, networking, health care — in every segment it is going to become a reality in our life.”

Oliver Paulet, VP of Market Strategy with Sierra recently said in an earlier interview, “We are the only company that is able to provide a full end-to-end solution.  We have the devices, we have the cloud, wireless connectivity, and we package all of that to an overall device to cloud that is simple to use, scalable, and secure.”

On what he thinks of future trends regarding Sierra and the IoT, Paulet remarked, “We see a lot of traction in the automotive industry.  So that will be our first market.  And then we see a lot of things happening in industrial infrastructure, connected enterprise, as well as consumer-type of applications such as smartphones.”

In 2014, the company earned revenue of $548.5 million USD, with customers in over 130 countries.  In January this year, Sierra acquired M2M company Wireless Maingate for US$90 million, and the acquisition of Accel Networks is to close in June of this year.

You can purchase tickets here to see Sierra Wireless at the 2015 Technology Impact Awards.