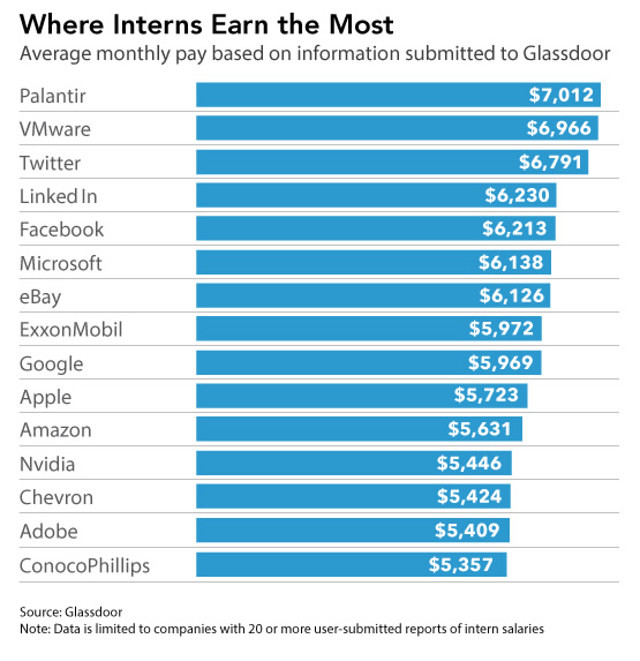 Landing top talent is getting so tough in Silicon Valley that technology companies are hiring teenagers as young as 16 and paying them up to $7,000 per month, in addition to perks such as free housing, transportation, food, even haircuts.

The “insane” pay seems virtually exclusive to tech companies: on a list of the highest paid interns compiled by Glassdoor, just one of the 15 firms was not in tech. “For the companies, it’s all about keeping up with Silicon Valley’s youth-oriented culture,” reads a report from Bloomberg, “especially as the young and technically inclined are sometimes encouraged to create their own startups instead of joining large organizations.”