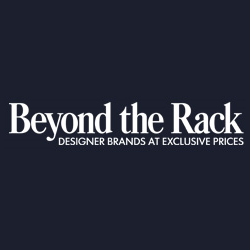 Revenues increasing twelve-fold in a year. Employes skyrocketing from 40 to 240. Online memberships exploding from half a million to three million. Over $16 million raised in just two rounds of angel and venture capitalist funding.

It’s Montréal’s Beyond the Rack, a once small and obscure startup that has blossomed a booming business. There’s a lot that goes into a successful recipe like this, but what’s the key ingredient?

“We have found Montreal to be an amazing place,” Robert Gold, the company’s co-chief executive and co-founder, told Rueben Marley of TopTenWholesale.com recently.

Rueben and Robert break it down further:

How did they [succeed]? There really was no secret, according to the company’s founders; it was a combination of a few crucial elements that work especially well in an economy that no longer follows the model it supported before things became more volatile. These elements can be narrowed down to the following:

• The phenomenon of “hypergrowth,” as described by one of the company’s founders.

• A business philosophy that minimizes risk, while allowing for riskier decisions.

• Diversity in funding from investors outside the expected traditional boundaries.

• A desire for nurturing talent in future innovators and creative thinkers.

Back up a minute—what’s Beyond the Rack?

Launched in March 2009, Beyond the Rack is a—wait a second, who am I to tell you? They can surely describe it best:

Beyond the Rack is a private shopping club for women and men who want designer brand apparel and accessories at prices up to 70% off retail. We obtain authentic designer merchandise and provide it exclusively to our members through limited-time events. Each event starts at a specific time and typically lasts only 48 hours. After each event ends the merchandise is no longer available. Members are notified by email in advance of each upcoming event according to their preferences.

Sounds neat, eh? So how does one join, then? Well, with one of three ways. First, you can be invited by a friend who is a member. Second, you can get a special invitation from one of BTR’s marketing partners. Or, third, you can beg and plead—er, “request,” that is—a membership. But because there can only be so many members in the Club, the latter isn’t guaranteed to result in an invitation right away.

Back to the success story

So, BTR’s business model is really quite neat, and it isn’t difficult to fathom why they have succeeded based on that alone. However, others with this golden idea have tried and failed. So it’s necessary, then, to further analyze how Beyond the Rack has made it this far:

1. Hypergrowth:  “Some companies can grow 30% in a year, and that is tremendous; We did that in the month of November,” Robert is quoted as saying. “We actually had one week where we hired 35 new people.” Yeah. Sounds like hypergrowth to me.

2. Minimizing risk while being risky: Rueben Marley writes in his article, “While the idea of having your cake and eating it too seems too good to be true, there is a way to try things out as an entrepreneur, while keeping the risks at a minimum. Although Beyond the Rack seems to have come out of nowhere over a short period of time, Mr. Gold and his long-time business partner, Yona Shtern, says that the company’s success is the result of everything the pair learned in a decade of founding businesses together.”

Yona nods to a storied history together: “We’ve been business partners for nine years, and we’ve tried many different ideas. Some have been successful, and others have not. We have a philosophy: fail small and fail fast, and use those learning points to improve.” Robert wisely acknowledges that failure is necessary to succeed: “I don’t think any entrepreneur can have a 25-year career without failure. If they have, then they weren’t pushing hard enough. In a hypergrowth business like ours, you’re better off making 10 decisions and one is wrong that you fix and move on, than just making one or two decisions. Because you need to react quickly. You can’t necessarily do the due diligence on every decision you have to make.”

3. Location, location, location: Locating BTR’s headquarters in Montréal was the company’s most influential factor on its success, the founders say. From its inspiring cosmopolitan flavour, to more aggressive nature of funding, to a glowing, city-wide entrepreneurial spirit swarming with talent, the French-Canadian city has delivered the goods above and Beyond the Rack.