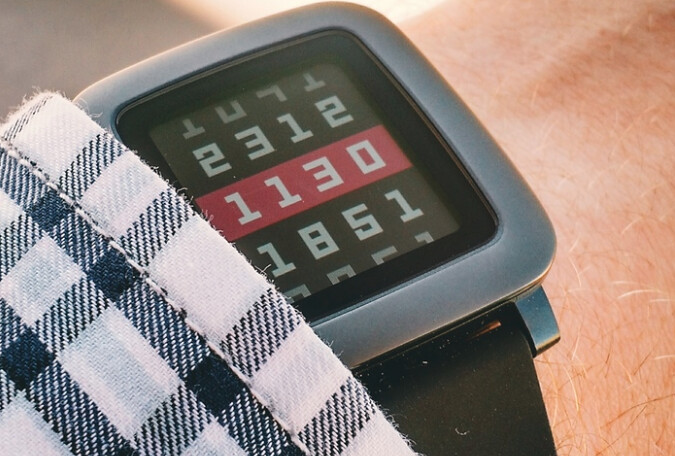 The first day, I played with its settings incessantly, toying with various faces and adding random apps.

The second day, things settled down. I checked it every time it vibrated. It was handy.

By the second week, I’d stopped checking it everytime—perhaps every third or fifth buzz, or perhaps I’d go straight to my iPhone.

Then one day I forgot to wear it. I realized, almost instantly, that I didn’t miss it at all.

I haven’t worn it since, returning to my analog timepiece, which I have a renewed adoration for. Those who saw me frequently unanimously agreed the traditional watch was a better look.

Smartwatches are still a niche, despite what wearables fanatics say. 700,000 Android wearables shipped in 2014. A million Pebbles have been sold over multiple years. Like I said, niche. Apple will change that, of course—it already has, in fact. But the novelty remains.

They start conversations, and that’s fun. Really, that was the only part of owning a Pebble I really liked. But that aspect will fade rapidly as smartwatches enter the mainstream.

And then what’s left? An annoying buzz on your wrist.

Smartwatches, in my opinion, are shallow. They’re not as smart as a phone or tablet. They’re not as functional. They try to be fashionable, but they aren’t—not even the Apple Watch Edition. They’re purely supplemental and painfully dependent on devices we already own and use. Superior devices that already do everything the watch can do and more.

Not every product ever made was built to make us happy. Smartwatches, I believe, have come into existence for business and profit, not for consumer benefit. People will buy them and companies will make money. But I find it very difficult to imagine these devices actually bettering peoples’ lives. The value, compared with a smartphone or tablet or laptop, is extremely minimal. You pay so much to get so little, because you’ve already paid, via different devices, for virtually everything you’re being promised.

And this is all not to mention the swift obsoletion that inevitability comes with such products.

So what’s a smartwatch? An eyesore. Another upgrade cycle to stress over. Another hole in your wallet. Another reason to scorch your eyes in front of a cold, glaring screen. Another excuse to ignore real life. Another piece of shit everybody wants but nobody needs.

This is today, anyway. Perhaps in the future these wearables will fill a hole, will solve a problem that actually exists. But this is today, and today that simply isn’t true.