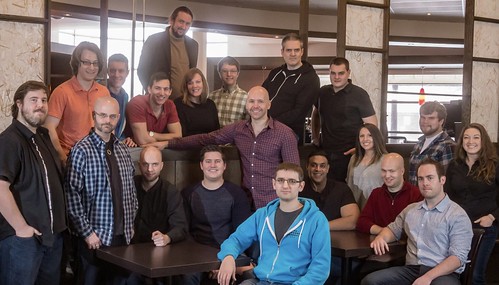 It’s hard to argue with Sortable when the startup says that “ads suck.”

“When the ads are non-invasive, brand-safe and contextually-relevant, most people tolerate the ads, and understand that it’s how publishers can afford to spend their time creating great content,” the company argues.

We’ve taken a data- and engineering-centric approach to the problem of ad operations. Our Ad Engine acts as a mediator, so publishers don’t have to work with hundreds of partners and technologies to optimize their revenue. Instead, they can focus on creating great content while our system decides which ads should fill each ad impression.

So far, says Sortable, the startup has helped nearly 100 publishers generate more revenue from their sites. And the Canadian company has raised a fresh $1.4 million round of capital to continue that momentum.

Sortable, founded in 2011, started out as a content creation and recommendation system before being acquired in 2012 by Rebellion Media. Last year Chris Reid, the founder of Sortable, quietly bought it back, and brought it into the Velocity Garage, a startup hub in Waterloo.

“I felt the economics of buying the business back made sense,” Reid wrote. “Our big new idea was tangential to and based on all the learning we’d had as publishers. It was based in real pains we’d experienced, and those of our peers. As we built confidence in our new idea, we also made progress on the buyback.”

Today Sortable, after being shrunken down to essentially nothing, is growing again, now with 20 employees and plans to double than in 2016.