“Sing to me of the man, Muse, the man of twists and turns

driven time and again off course—” 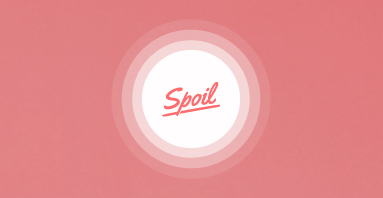 This is a defining line in Western literature. In an oddly familiar yet offputting way, Homer’s Odyssey bridges millennia by beginning and ending with struggle. The narrator struggles with recounting the twists and turns Odysseus, the protagonist, must experience. In turn, the protagonist is driven time and again off course—until the bitter end.

Yet in the end, all ends well.

There is hard-won peace. The struggles our protagonist goes through mean something, but only at the end of the protagonist’s toil can we see why.

Montreal-based Airborne.io launched as a mobile application to help you find new places in your city , curated by some of the leading lights within. It led off with an impressive roster of local Montrealers, from Olympic gold medalist Alexandre Bilodeau to Normand Laprise, owner of the famed Toqué! Restaurant. With personalized recommendations by celebrities, you could easily sweep over the city with a set of different eyes than your own, doing the sort of curated discovery that has become a rising trend with mobile applications.

The team behind it has changed course only a few weeks after unveiling the application. During a team hackathon designed to come up with new, fresh ideas, the team came up with Spoil.io, a completely different idea that revolved around giving curated gift boxes to friends, delighting them without the complexity associated with traditional gift-giving.

You can choose a category you think your friend belongs in (such as “geeky”), and Spoil will take care of all of the hard work of sourcing a relevant gift, packaging it, and delivering it to your friend for $25.

The team has focused on making their users happy. It has become a driving force behind Spoil: the narrative of surprise and delight that comes with receiving gifts as an adult. Harken back to your days as a child: some of the best days of your life were probably marked with gifts. Christmases and birthdays past, each a moment to cherish. Why not have that same feeling more frequently in adulthood?

It seems many people are thinking along those lines. Customer feedback has already come rushing forward in the short timespan of weeks that Spoil has been up. Already, there are thousands of unique visitors per week, and orders have already started filling in. The startup has started making revenue since day 1, a refreshing change of pace from the typical startup story.

Seeing that Spoil was picking up, and that Airborne was lagging, the team decided to change direction abruptly.

If one thinks of startups as experiments testing for what the market likes, then everything about this makes sense. The twists and turns of entrepreneurship hide experiments behind which nobody knows the answer, and where people willing to take the quickest and most efficient path to learn will win. Deciding to stop a project that wasn’t working as well to pursue another that was is exactly the kind of twist all entrepreneurs will face.

Entrepreneurship is filled with sudden turns. It is a crooked path that resonates from century to century: men and women finding themselves lost, time and again, moving forward as circumstances change, storms brew, surprises unfurl.

The Odyssey begins with Odysseus having reached the hallowed heights of Troy—yet even then, there is so much left to tell. As Odysseus winds through the twists and turns of his voyage home, what is revealed is that the voyage never ends when you think it has.

So as the team behind Spoil heads off to new corners, looking for that elusive peace at the end of struggle—the path they will have followed will have been traced by many before them, and will be traced by many after.