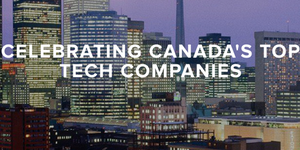 On September 17 the Spotlight Awards will celebrate this year’s Unicorn & Centurion Canadian companies and you’re invited to attend.

Interested in attending? You can participate in two ways.

1) A $500 donation to The Next 36 gets you admission to the exclusive Spotlight Awards at the home of Achievers founder Razor Suleman and to an afterparty at Brassaii. Suleman recently orchestrated the sale of Achievers to Blackhawk Network for $137 Million. The Next 36 will provide tax receipts for this ticket type.

2) $20 general admission tickets to the Spotlight Awards afterparty at Brassaii are availble online.

100% of proceeds of the Spotlight Awards benefit The Next 36 – Canada’s Entrepreneurial Leadership Initiative. Register now to attend.