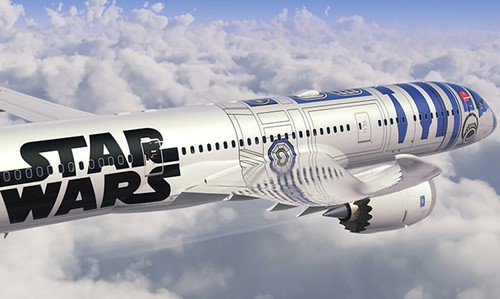 The R2-D2-styled plane is operated by Japan’s All Nippon Airways.

The airline, which has an agreement with The Walt Disney Company, owner of Lucasfilm, says the plane will tavel between Tokyo and YVR.

All Nippon plans to offer all Star Wars films as in-flight entertainment on international flights, Walt Disney says, and Star Wars-themed planes will be appropriately decorated inside the cabins, too—right down to the paper napkins and cups.

“The Force Awakens,” the first film in the new Star Wars trilogy, is slated for release this December.