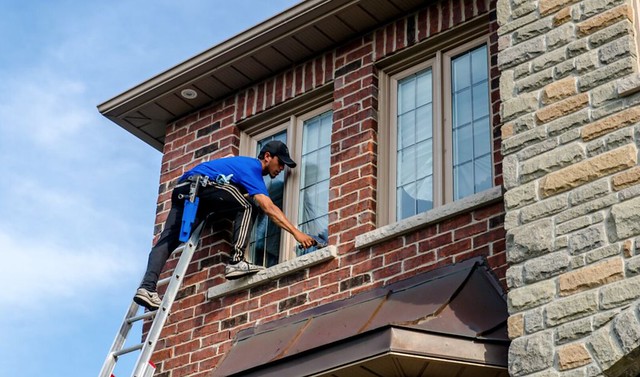 Dylan Sher’s fellow classmates are always surprised when he tells them what he does after school. Running a successful tech startup isn’t exactly a part-time job.

“I have to do a lot of back tracking when I speak to people, but I’d rather Fixopolis be big than myself,” he says.

Sher’s story begins back in high school, banging on doors for home improvement companies. What he saw time and time again was a paper-pushing industry that offered little transparency for the customer.

“The process left the homeowner with only one option,” said Sher. Knowing the industry needed to be rejuvenated, Sher went on to develop a solution.

Before graduating from high school, Sher, now 20, developed his business plan and acquired the first angel investment in Fixopolis at the age of 17.

Fixopolis is a home improvement platform that easily connects homeowners looking to renovate with contractors that meet their needs. The site is in its official launch phase and has garnered attention from multiple media outlets already.

“I find that most really good businesses come from an issues that you see in the world,” he said.

Sher explains that his target demographic includes those who grew up in the digital age and are now looking to buy houses. The traditional renovations industry doesn’t serve them the way it did their parents. Fixopolis is attempting to bring home renovations into the digital age.

“I think we’re at an interesting time right now. At this particular time, there’s a very narrow group of individuals looking to buy houses that’s also the first generation that grew up with technology. Industries like this one are about making the successful transition between bricks and mortar and tech.”

Entering the home renovations business with an iPad on his tool belt instead of a hammer wasn’t the only challenge Sher faced. He explains that everything from his pitch to his young age were called into question. However, along the way he developed a few ways around these obstacles.

“My contact list for investments, I actually went to first for advice, not investment. When I went back to them for investment, they were impressed.”

What many people forget is that Sher is building this business while still in school, which he refers to as “a bit of a nightmare, but I had a weird revolution where failure was fuel.”

“Throughout high school, I came up with the business plan but it was still just an idea at that point.”

Since receiving his first angel investment, Sher has found a way to build the business and complete his degree at the same time. He claims that it’s all about the logistics.

“The key is that there are only so many hours in a day. The corporate world starts early and the academic world ends late.”

Despite the challenges, Sher is confident that he’s built a business that’s going to last and says that their process offers customers something more than more traditional services.

“Something I’m very confident in is our process. It’s fundamentally different because a lot of companies are listing services. We don’t believe in the monthly subscription model.”

Sher stresses that it’s never too early to start a business and you’re never too young to have a great idea.