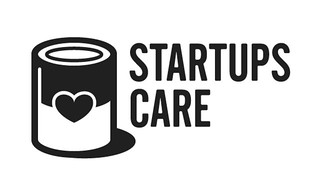 Tis the season to be a jolly, but the holidays also bring with them a sense of purpose.

Startups might more frequently worry over how they’re going to get funding, but a new initiative called Startups Care is determined to give back.

Chris Luft of Kashoo hesitates to call himself the founder of Startups Care, but he certainly is its leader. In its first three days of existence, Startups Care had already garnered support from 24 startups. With a list of thirty companies now on board, Startups Care is clearly accurately named. For their inaugural year, Startups Care is running a food drive for the Greater Vancouver Food Bank. If your organization is past the instant noodle phase, you’re still more than welcome at Startups Care. To quote both their FAQ page and the man himself, “Every company was once a startup and we believe there should be no limits on those wanting to give back.”

The list of current supporters runs the gamut of size and scope. PlentyOfFish, MyBestHelper, M2O, Kashoo, and the BCIC all count themselves as supporters.

“Last year we had a food drive in the office and everyone really enjoyed it, but now I have an eleven month old daughter, and I’m trying to think about how to give back and grow. That’s part of the Startups mentality, so I thought I’d email a couple people and see if there’s some interest,” Luft says.

If your organization wants to take part, go to the Startups Care website and register. From then on, it’s a matter of encouraging staff and getting your stash of non-perishable items together for the collection date, December 15.  If your organization would rather send cash than food, Startups Care has set up a campaign on Fundrazr. Money donated to GVFB can go three times farther than civilian dollars at the supermarket.

“If the will is there, I’d love to see it grow into something that’s perpetual. I’m already thinking trying to grow it out to other cities,” Luft says.