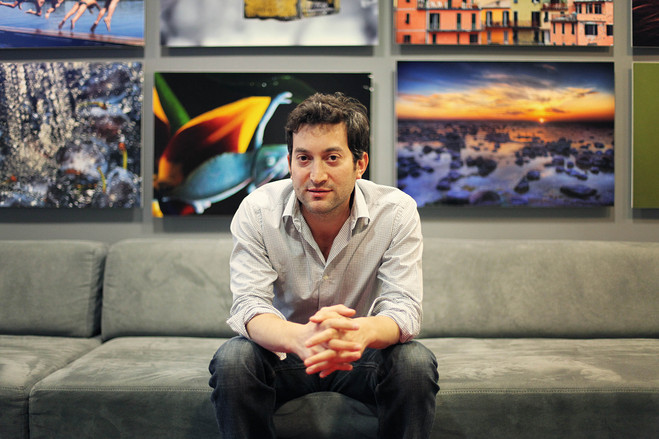 There is a parallel in the startup world, where many entrepreneurs argue that the right time to take venture capital is “never.”

Of course, the reality is that virtually all successful startups are ones who have taken venture capital, and the overwhelming majority of startups who strictly bootstrap either fail or have their growth severely stunted and never make it big. That being said, startups can succeed using the boostrap method. And when they do, their success is that much more pronounced.

“What most people don’t realize is that there are plenty of tools out there to start your own company with just a few thousand dollars,” says Jon Oringer, who founded Shutterstock Images in 2003, on LinkedIn. “If you can figure out how to avoid an angel or venture round, you will have much more control in the long run.”

Shutterstock didn’t raise any outside funding until five years in—and it was a private equity round, not venture capital—at which point Oringer says “we had much more control than we would have in the venture phase.”

Here are his top reasons why boostrapping is an ideal method for startups:

1. You will fail faster. “It took me 10 tries to get to Shutterstock. Most of my startups never made it off the ground. Being an entrepreneur means being able to pivot quickly, shut down a business that isn’t performing and move on. If you use somebody else’s cash, you may be forced to continue even though you know it’s time to move on.”

2. Every dollar counts. “I was hyper-focused on ROI from the start when I was buying Google AdWords keywords. Since I could feel the money moving out of my own bank account, I was very sensitive to my return on investment. There was no room for error. This efficiency later translated into a complex lifetime value calculation that drove our acquisition model to this day.”

3. You will concentrate on profitability from the start. “All businesses need to create value at some point to survive. While some companies have had successful exits without profits, they are few and far between. By building profitability into your model from the start, you will be able to start scaling. Self-funding will force profitability thinking at every stage.”

SEE ALSO: Canada is a Nation of Bootstrappers

1. Use as much open source software as you can. “Use MySQL instead of MS-SQL/Oracle. Use Linux (and specifically free versions like CentOS) instead of Redhat. CPAN alone has over 120,000 Perl modules that are already written—so why re-create the wheel?”

2. Learn how to code. “There are great affordable online learning platforms that can help you learn how to code, create html pages, link up databases, etc. Learn as much as you can because the more you can do yourself, the less you will have to hire.”

3. Be every job. “It may seem overwhelming, but it’s possible. When I started Shutterstock I was the customer service rep, the website developer, and the first photographer. By making sure I gave each role a shot, I knew exactly what I needed so I didn’t overhire. I wasn’t necessarily good at each job, nor was my expertise even close to each job, but I learned a ton and got to delay some hiring. This culture of lean innovation is still very much alive at Shutterstock and has contributed to much of our growth.”

4. Use your product as if you were the customer. “Not only will you get to know your own product better, but you’ll be doing quality assurance work and testing throughout the process.”

It isn’t always possible or practical to boostrap, Oringer admits. But the longer you wait to raise money, “the better off you and your business will be,” he affirms.