A recent editorial piece in the Wall Street Journal, titled “The Charleston Shooting,” sparked something inside Stewart Butterfield, the Canadian entrepreneur who founded Slack, a billion-dollar startup.

So much so that the normally quiet social media user launched into a tweetstorm tirade to express his thoughts, which ended with a literal “fuck you!” to WSJ’s editorial board.

Butterfield called the article “preposterous” and a “spectacle,” suggesting that the editorial’s alleged ignoring of real racial issues is “dishonest and unfair and cruel,” pointing out that many basic privileges—such as the ones white people inherently enjoy in North America—are “not equally distributed.” 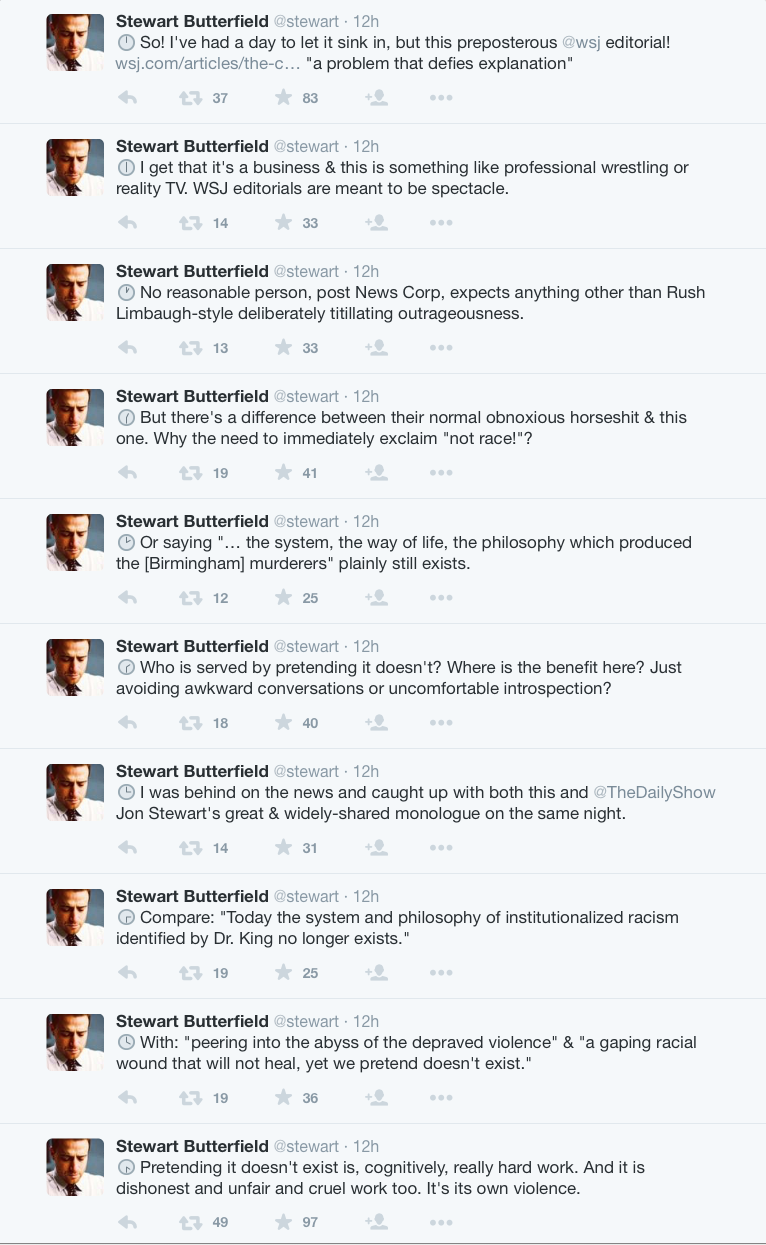 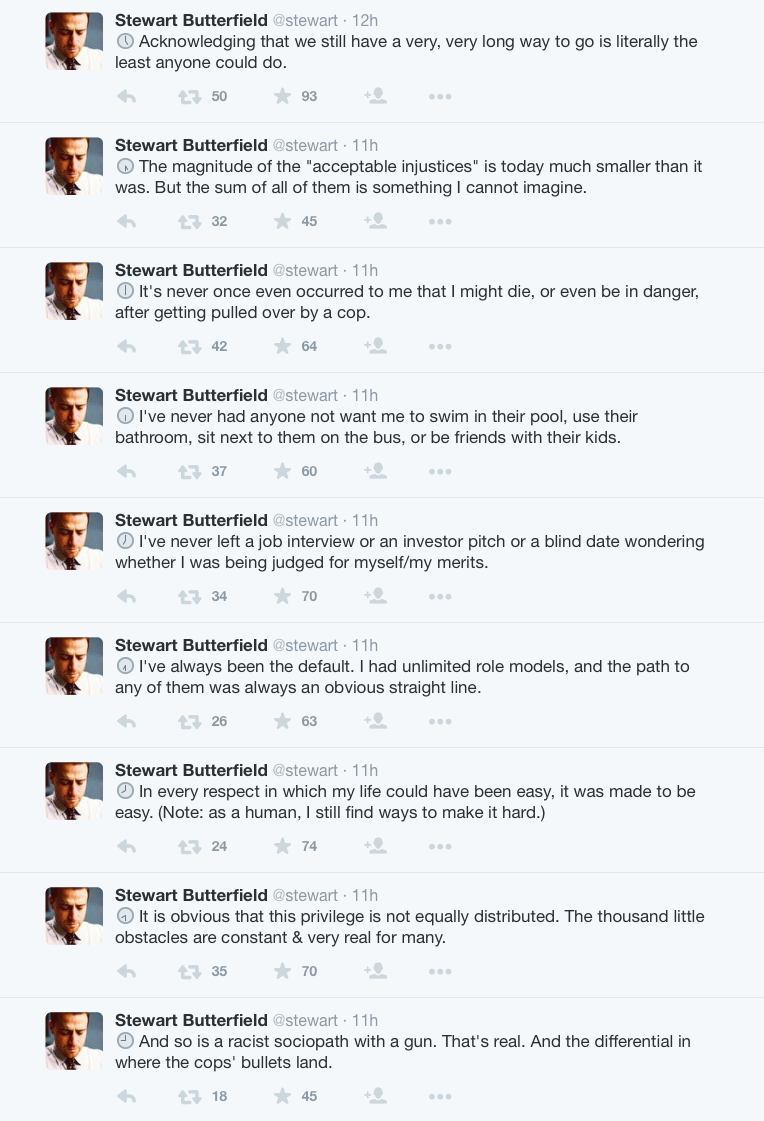