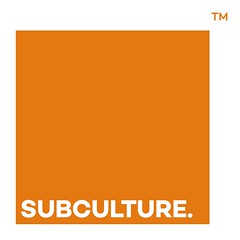 Politik has announced their third Subculture event to be held the evening before their flagship Interzone conference on March 10, 2015.

“Subculture with a Shot of Open Source” will be held in conjunction with Accelerator YYC and Auroat The Dancing Sasquatch in downtown Banff.  The official Interzone warm-up party will feature keynote presentations by two of the world’s most preeminent open source pioneers; Chris C. Kemp, Founder of OpenStack and Nebula and Former CTO of NASA and Joshua McKenty, Founder of Piston and CTO of Pivotal’s Cloud Foundry.

“The emergence of open source technology will have a profound impact on the future of the Internet and how it’s used to create community based solutions that were simply not buildable in a proprietary, closed sourced environment,” commented Robert Brennan Hart, Politik CEO and Interzone and Subculture Chair.  “You can only imagine what impact Elon Musk will have on the economy, the environment and the political landscape by releasing Tesla’s open source code to the general public . A libertarian like me hopes that it will completely blow up the automobile industry and its entire supply chain right down to the raw, dirty resources that power it and the neo-conservative cartels that regulate it.”

“Both the US Federal Government (18F) as well as a host of new, hot start-ups and even some recent IPOs would say that new start-ups should be open source companies, said McKenty.  Authenticity scales. You don’t have to remember what lies you told.”

In addition to keynotes from Kemp and McKenty, Subculture will feature a chain reaction panel discussion and pitch-off contest where the two winning start-ups will move on to the Subculture finale a few days later at the Fairmont Banff Springs.  Interzone has been called “the most important technology event in the history of Canada” and is bringing Steve Wozniak, Robert Herjavec, Bruce Croxon and the CEO’s of Citrix, Suse and ServiceNow to Banff to write the future of enterprise technology.

Companies looking to present at Subculture should have a proven business model and be looking for investment or be acquisition ready. Applications can be made here.  The deadline for applications is February 28, 2015.  The prize package includes a pass to Interzone and a spot at the Subculture Finale.

Subculture with a Shot of Open Source is only available to Interzone attendees.  The first 20 people to use the code TECHVIBES-VIP will receive a full three-day event pass including Subculture for only $695.