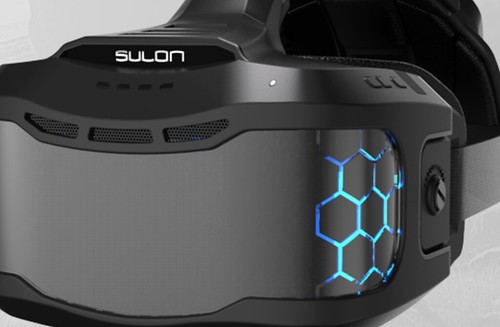 Movies that play on themes of exploring virtual reality are not uncommon. It’s a reflection of a natural human fantasy: to enter a world that gives you access to anything, where no scenario is too bizarre.

As a result, many tech companies have tried their hand at virtual reality devices, hoping to take this amazing thing from movies and video games and make it a reality.

“The idea that sparked the formation of Sulon actually came from a dream,” says Balachand. He was playing Resident Evil for 14 hours straight with his friends, and drifted off. In his dream, though being chased by zombies sounds more like a nightmare, Balachand vividly experienced being within the video game. This inspired the Cortex.

“The Cortex is a wireless augmented virtual reality headset,” says Balachand, “which may sound daunting to some but is actually quite easy to understand once you’ve grasped the terminology.” It’s worn on the head like a chunky pair of glasses, and unlike other similar devices, it doesn’t connect to a bulky desktop, which means freedom of movement.

While virtual reality means a complete immersion into a fantasy world, augmented reality means there’s a mix—fantastical elements mingling with your actual surroundings.

“Augmented reality takes elements of your physical environment and surroundings and mixes them with digital elements,” says Balachand. “In a gaming context this could be zombies smashing through the actual wall of your living room and then ducking behind your couch before smashing your coffee table.”

Balachand says the Cortex has a spatial scanner, meaning it can process the environment around you. That also means you can use the Cortex to play a video game without worrying about stubbing your big toe on your couch or walking into a wall. That’s one of the main concerns surrounding most augmented and virtual reality devices: the practicality of actually using them.

Right now, augmented virtual reality devices are mainly being created for gaming and entertainment purposes. But Balachand predicts that the more popular these devices come, the more ways people will think of using them.

Still, for so many, a device like this still seems like something out of the future or a 90s sci-fi flick—not an average piece of technology one might keep in their living room. And for others, while they can imagine the technology coming to life, products like these seem like something reserved for the ultra rich. Balachand hopes that Sulon Technologies will change that.

“The rebirth of this industry has been ignited by decreasing hardware costs as they were previously prohibitive of being able to create a device priced for the mass market,” says Balachand. With more tech companies putting a focus on virtual reality devices, we can expect items like these to start becoming more accessible.

“Our vision is to have a Cortex in every home around the world, and that our devices will be a vital part of all facets of daily life,” says Balachand. Some might see that vision as one that’s not plausible, but then again, there was a time when no one could’ve fathomed this technology would ever exist in the first place.

“I often use the analogy of the Cortex one day being like a t-shirt,” says Balachand, “in the sense that everybody owns one. “