Most Canadians have to change companies in order to move up the corporate ladder.

88% of individuals must switch employers to attain a more senior role, according to the sixth edition of Thinkopolis, a study by Workopolis. The study shows that Canadians are working more jobs than ever before and can expect to hold approximately 15 positions throughout their career.

“Employees often leave companies for the same reason they join them,” says Tara Talbot, Vice President of Human Resources at Workopolis. “Opportunity for career advancement is most often the deciding factor of accepting or leaving a position.”

Frequent job changes have become a necessity. Only 11% per cent of workers are promoted within an organization. On average, it takes 12 years at three or four different employers to move from an entry-level position to the rank of supervisor or above. 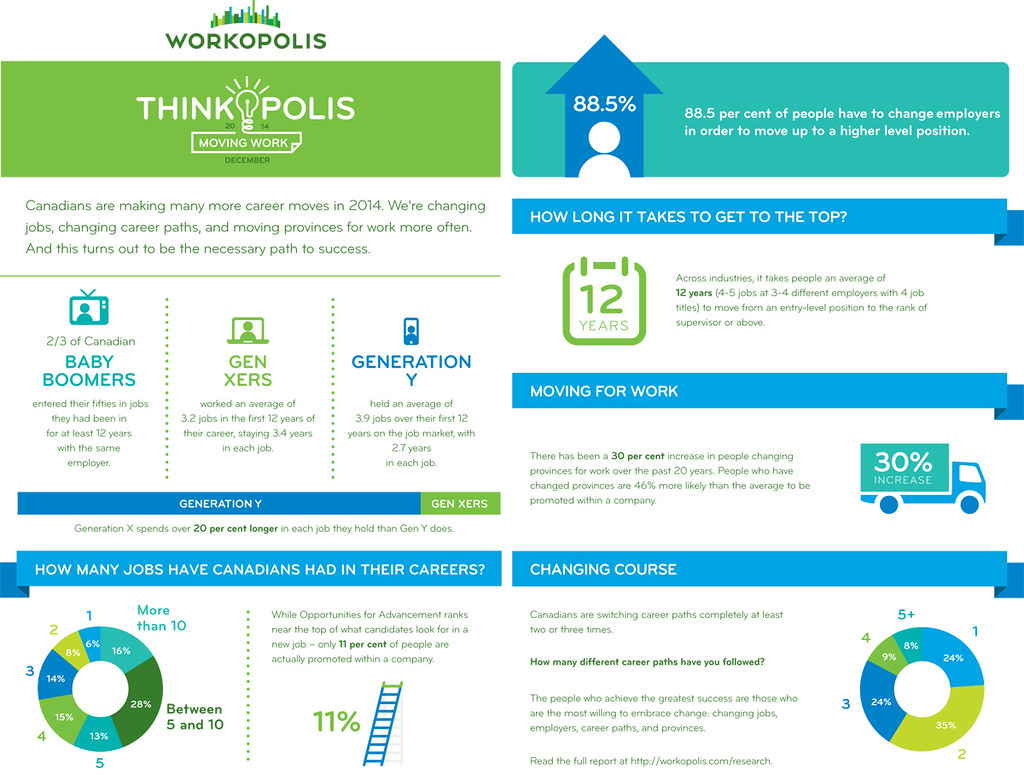 “A key barrier to internal promotion is that managers tend to judge employees they know more harshly than someone they’ve just met,” says Talbot. “Employers often do not have a succession plan in place. They’re more likely to hire someone they’ve only met at a job interview over someone currently employed at their company.”

There are also generational differences between the duration a person occupies a role, with Generation X spending over 20% longer in each job they hold than Gen Y.

The study also shows that Canadians are not only more willing to switch employers, but also location. Since 2010, about 17% per cent of people have start a new role in a different province, a 21% increase in the last 10 years.

For those looking for career advancement, embracing change is a must. For employers, providing opportunities for growth is a must to retain top talent.