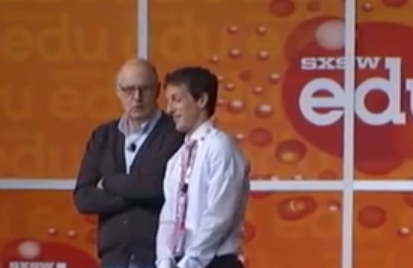 With the massive tech conference/EDUparty that is SXSWedu beginning this Mondayin Austin, it’s a perfect time to talk about the future of incubation and acceleration for EdTech startups.

The problem is that EdTech has traditionally accelerated where they’ve needed to incubate. The fundamental difference between the two concepts is that one is helps things grow while the other sifts the good out from the marginally less good.

Historically, EdTech was a business-to-business proposition, with entrepreneurs who came from schools building things for schools. The notion that consumers might but what they created was seen as strange at best, anti-pedagogical at worst, and it wasn’t where many wanted to go. This fear of treading in prospectively much greener fields carries over into how these companies are developed.

Most EdTech founders don’t need an EdTech startup accelerator, they need an immersive incubation experience grounded in business models, lean canvases, and how to create new revenue streams—much more meat than potatoes. They need far less of the traditional EdTech thinking, and far more of the broader startup education necessary to thrive in the B2C space which, full disclosure, is the space within the EdTech vertical that I have always preferred.

I’m going to go as far as to suggest that all EdTech startups, without regard to their business model, would benefit from the training that a B2C incubation experience would provide. While many feel that the sole difference between B2B and B2C in the EdTech space is simply a different end user, I have always felt that it’s an entirely different orientation.

While this is admittedly a huge generalization, my experience has been that B2B EdTech startups not only feel less urgency in finding their path to revenue, they dramatically underestimate the difficulty in customer adoption and building their brand as an actual business. This is in part because far more B2B than B2C EdTech startups are actually building a feature when they think they’re building a business. A more B2C-oriented training as founders can go a long way to re-imagining startups that often stagnate much earlier than they should.

The logic of placing EdTech companies into industry-specific training silos now eludes me, as I think we do them a greater service integrating them into a richer whole while still addressing all of their needs, which sometimes includes more time and energy spent with basic entrepreneurial concepts, testing their elasticity in a safe setting before going into the real world. This is because many EdTech entrepreneurs, increasingly in the B2C space, not only don’t come from an entrepreneurial background but actually hail from the exact opposite: schools. So we’re often now asking these startups to compete in the B2C space where they lack not only a depth of understanding and experience in that specific area, but are also missing part of the tool set necessary for any entrepreneur to succeed in the consumer space.

Events such as SXSWedu do more harm than good as the are missed opportunities that sacrifice depth for feel-good breakout sessions and just plain silly keynotes. Last year I co-directed an entrepreneur bootcamp at SXSWedu and was surprised at how early most of the 200 or so education entrepreneurs were in their own journey, even those with product in the market.

What we need to be doing, if we should be investing the time and energy to have these kinds of conferences at all, is diving deep into areas of greatest weakness for the entrepreneurs, not saddling them with myths about success in the EdTech space without concrete plans as to how they can get there.

And that’s where I think the training market will go in working with EdTech startups and I hope it does so with an enthusiasm for the B2C space and a correctly refined lens.