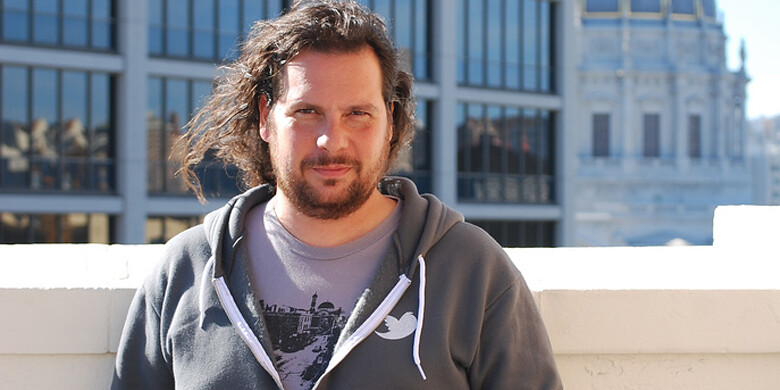 Montreal’s startup ecosystem has been through a lot: an evolution and growth that has been spectacular to see and a shifting in how the city as a whole treats startups.

This month’s Startup Grind in Montreal (disclosure: I helped organize it) hosted one of the best at telling the story of this change: Sylvain Carle, the head of FounderFuel, and a previous cofounder of Needium, one of the original Montreal-based startups. Having recently returned from the Valley and a role at Twitter, Sylvain talked avidly about the love he had for Montreal, and what his future would be in the city with FounderFuel.

A constant theme of the night was the nature of the distributed web, and technology changing things for the better. Audience questions came in rapidly throughout the talk: one centered on whether or not it was possible to start a business without being technical or having a technical co-founder.

Sylvain replied that you shouldn’t become technical just to build something on your own: if you’re not a good programmer, you shouldn’t pretend to be one. Learning technology is always good, but acting on that knowledge when it’s still not refined may not be for the best.

A technical cofounder was ascertained as necessary in this case: after all, it’s new technology that often marks the drastic change startups can bring.

Crucially, Sylvain didn’t limit the discussion to just software engineers. He would be looking at mechanical engineers and different domains of technical expertise. Given that FounderFuel has opened up new financing options for hardware startups, this seemed to be preaching what he was practicing.

He held interesting insight into why he chose to come back to FounderFuel. Having walked extensively on the entrepreneur path, he talked about his own experience of moving away from a startup. It was with a sigh of relief that he left his venture, able to finally think about other things. Getting back up again took a while. Months. But in the end, that’s what he did. He sought to try something new in the Valley, and to learn from it.

A couple of years later, itching for a new challenge outside of Twitter, his first thought was to have impact by creating a new venture, but it was the partners at Real Ventures who convinced him that he could make more macro impact by helping others make micro impact. Sylvain is very much an entrepreneur and social innovator at heart, and this shone through his talk.

He wants to find people that have a great set of skills, and a great reason for why they are the person who will be the best in the world to execute on their idea.

He yearned for startups and entrepreneurs who would help address societal issues, framing them in the context of Quebec: a wish to help lower healthcare costs across the province, and help increase the education of the populace. It seemed that he really wanted technical innovations that would make a tangible difference in governance, policy, and social conditions. Point blank, he admitted that he would love to see a startup that would help tackle the issue of how to manage living around excessive snow—though preferably before next May.

Through it all, he retraced his stories of the early Montreal startup scene, where you would see the same 10 people all of the time, to the burgeoning possibility of a growing and energetic Montreal ecosystem filled with hundreds of people, many of whom he still doesn’t know.

This excites him. He readily admits that Montreal cannot be Silicon Valley. There is not the same history or set of conditions. Rather, Montreal can be something else, an unique city with an unique startup incubator. An infusion of new faces will certainly help.

Sylvain is still working on how he is going to innovate on the accelerator model, and how he will position FounderFuel in the wave of enthusiasm Montrealers have taken to startups.

Yet one thing is certain: he is back in his element, innovating and helping others to do the same.