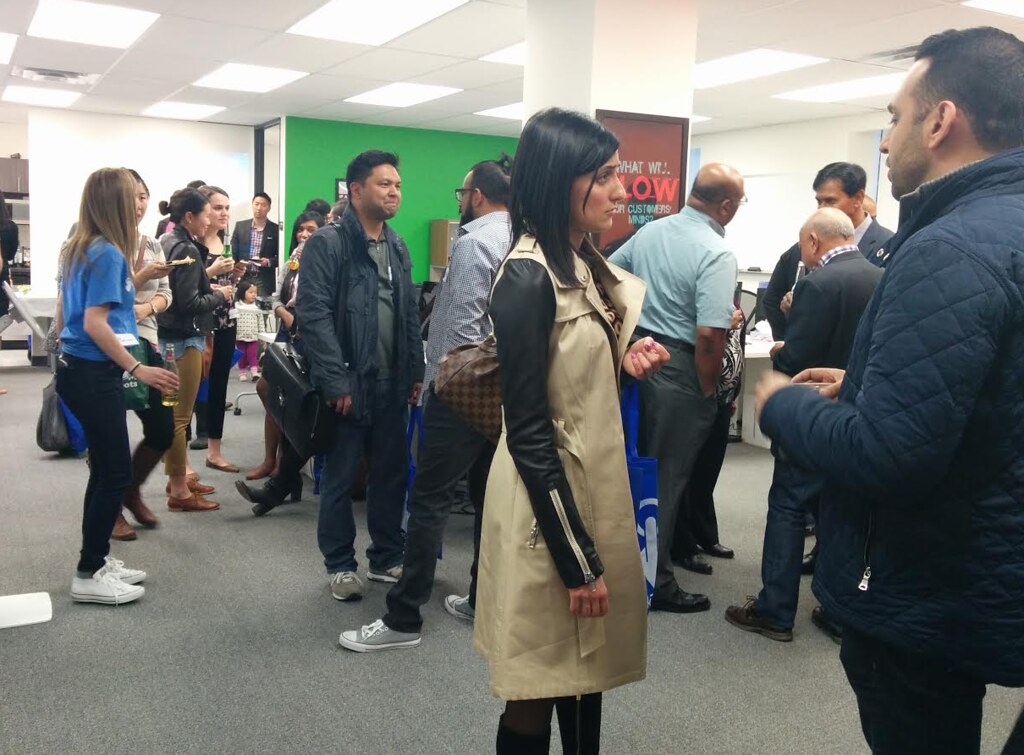 Though the company was formerly known as TabbleDabble, and QuickTapSurvey was just one of their products, the growing success of QuickTapSurvey pushed the founders to merge the two entities and focus on the QuickTapSurvey brand.

“This re-launch is all about reinvigorating our QuickTapSurvey brand,” says Ravin Shah, co-CEO of QuickTapSurvey. “We’ve evolved over the last few years, we’ve shifted and we’ve pivoted, and it’s become evident that QuickTapSurvey is who we are.”

QuickTapSurvey allows customers to create tablet surveys that can used offline – as web-based survey applications tend to have a poor user experience, QuickTapSurvey is made especially for tablets and uses big text, a custom keyboard and lets users analyze the results in real time. Shah and Tishan Mills founded their company five years ago, when they were inspired to tap into the data collection market when someone stopped them on the street and started filling out a survey on a clipboard. This was around the same time that the first iPad was released, and they realized that this was an opportunity to establish themselves in a new market.

“IPads are a great personal tool, but we figured that it could also be a tool for businesses,” Mills, co-CEO of QuickTapSurvey says. “It took some time for the market to catch up but today, this is what we’re focused on and this is who we are.”

Today, they have partnerships with companies like SurveyMonkey and MailChimp, have 4,000 customers spanning across 80 countries.

“For the first few years, we weren’t making any money, but we tried and we built a product and gained customers,” Mills says. “We had to give ourselves a long enough runway. We were thinking after six months, we would make money.”

They’re also planning on rolling out new services in the next few months that will make the app more accessible and give their customers more choices. Currently, they’ve launched a beta version of their iPhone app, with a full version being released in the next few weeks, and are planning on working on an Android phone version.

“We started off building for tablets because phones aren’t that easy to tap on, it’s not necessarily the best thing we want to use,” Shah says. “But there are applications where you just have a phone and you want to use it so we’ve taken things we’ve learned from our tablet app and brought it into the phone.”