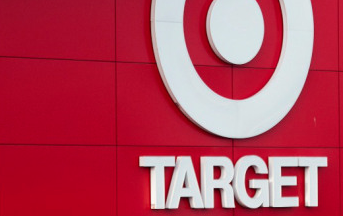 Target’s massive Canadian launch, following immediately by its equally massive failure, will go down in history as one of retail’s most swift and dramatic collapses.

Target, it seems, just can’t get its crosshairs on Canada. Even as it files for bankruptcy and starts liquidating in preparation of fleeing the country with its tail between its legs, Canadians are flaming the big-box brand for Target, as one of us politely put it on Twitter, “doesn’t know the definition of liquidation.”

All 133 of Target’s stores stored liquidating across the country, promising discounts of up to 30%. But in reality, most things are only around 10% off, Canadians have been pointing out online, with some suff as little as 5% off. And don’t expect much in the way of customer service: employee morale is allegedly rock bottom.

It was a major disappointment for Canadians who waited patiently in lineups across the country, only to realize better deals could be had at Walmart or on Amazon. The hype was huge: indeed, the CBC even has a live blog with multiple reporters covering the liquidation sale (wait, what?).

Sadly, it’s more rewarding at this point to hear Canadians’ anti-Target quips on Twitter than it is to actually shop at one of the company’s stores. “Stay home,” one user advised. “Found better bargains at this shoe store,” another said of Aldo. “Good riddance,” one tweeted, tidily summing up everything in two words.

Target Canada—which owes billions of dollars to creditors—will lay off more than 17,000 employees over the next few months. The liquidation sale is expected to last for up to 10 weeks, with Target exiting Canada by the end of May.