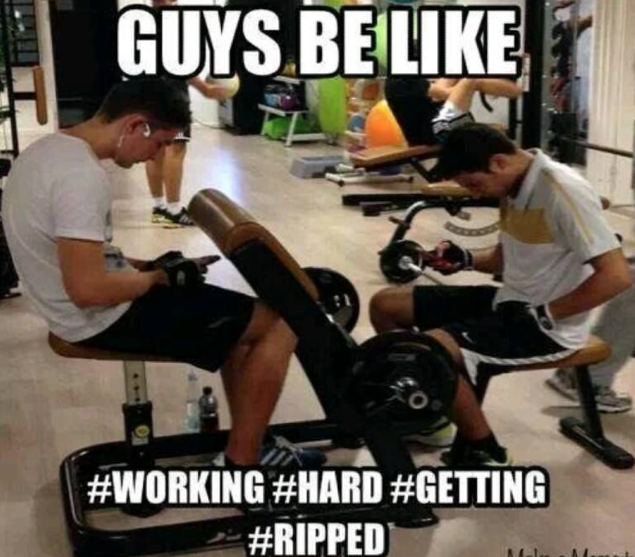 One, as per usual, that’s filled with hollow resolutions and empty goals.

I go to the gym five days a week in addition to participating several times per week in multiple recreational activities. Needless to say, “go to the gym” wasn’t a resolution of mine for 2015. In fact, people like me often ponder skipping the gym altogether in January.

That’s because resolution-happy go-getters spend this month falsely reinvigorated, hitting their local gym with falsely renewed fervor, taking up treadmills and machines otherwise used by people who are actually committed to fitness for the long term. (Thankfully, these temporary space-takers rarely fill up the most valuable real estate, such as the squat rack.)

Gyms in Canada see volume increases of up to 50% in January, according to Vitalsines, a health technology company based in Vancouver. And yet by February I already notice a substantial drop in the number of fresh faces getting their sweat on. (Indeed, Vitalsines says fewer than half of Canadians are still sticking to their resolutions after just a few months.)

This year, in particular, I’ve noticed a new degree of techology permeation inside the gym. If you must make me wait for access to a free bench while you feign exercise, at least adhere to some basic tech etiquette.

1. No texting between sets. In fact, no texting ever while at the gym. If you’re texting between sets you’re doing it wrong. You should be flexing, stretching, focusing, hydrating, or a combination thereof. You should be making sure your rest periods are consistent and not too long, which is bound to happen if tweeting and Facebooking. You can have your smartphone with you—using it for music or as your timer is perfectly acceptable—but damn it, put that shit in airplane mode.

2. Wearables are fine, if they’re silent. Wearable tech is pretty new all-around, and not terribly common, so this isn’t a big deal—yet. But gym noobs always find ways to make things as annoying as possible for everyone else. Just make sure whichever new-fangled band or strap is wrapped around one of your limbs doesn’t make any noise others can hear. Tracking data to quantify self = fine. Distracting others = not fine. Also, remember tech can theoretically make you workout smarter, but not harder—that’s on you alone. A smartwatch alone does not a fit fellow make.

3. Your technology doesn’t need to exercise. Feel compelled or make or take a phonecall? Can’t seem to figure out the settings on your new smartwatch? So be it—but leave the gym to do so. Nothing will incite the wrath of the muscled more than seeing an ignorant fool hog a machine while they do something that isn’t using that machine. Don’t think others aren’t affected by how you use your technology in social settings. It’s rude and disrespectful to those who pay their membership dues to spend their time actually working out.

4. Selfies at the gym are obnoxious. Unfortunately, this one isn’t limited to the newcomers—even seasoned gymrats now take part in this foul phenomenon. If you have even a fibre of dignity, though, please retain it by refraining from selfies in the gym (or even change room, for that matter. Gross.). And especially no selfie sticks.

And that about sums it up. See you next January.