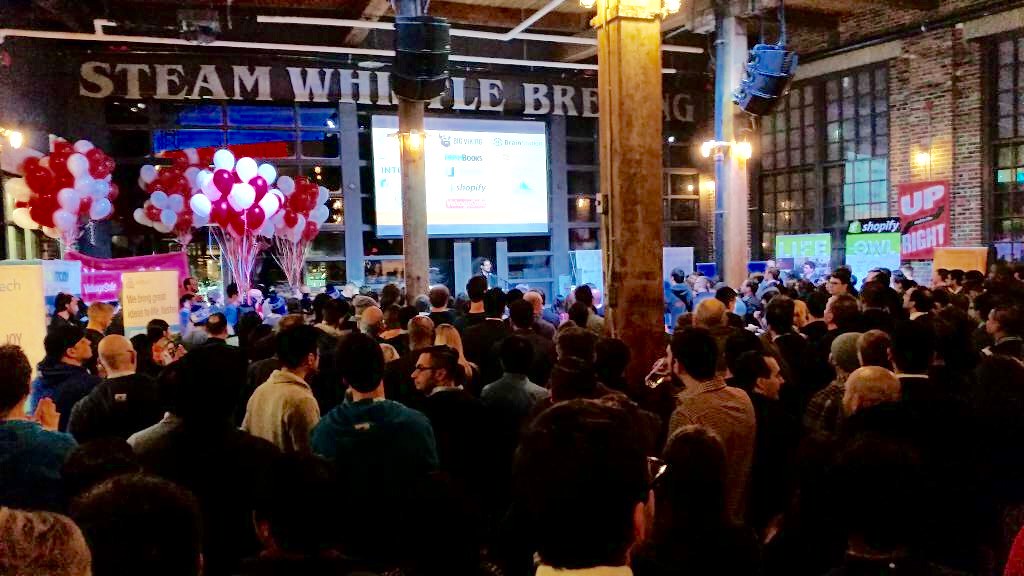 It was also the venue for Techvibes’ second Tech Fest Toronto. Hosted at Steam Whistle Brewing in the city’s downtown core, the sold-out crowd of well over 800 filled the historic roundhouse to the brim—just like a perfect pour of pale lager.

Those several hundred people were talent, hungry to work for one of Toronto’s hottest tech companies. And they were in the right place: 15 of the city’s finest had hiring booths there, including Canadian Startup Award winners VarageSale and Shopify.

Beer and wine flowed while treats were handed out generously—from warm brie and cheese-covered sliders to mini donuts and preztels, attendees were well fed as they moved from table to table, seeing what each incredible company had to over them. In total, nearly 200 positions were ready to be filled among those 15 companies.

It was the biggest, wildest Tech Fest yet. In fact, we could stop now, with the epicness of last night a lasting memory in everyone’s minds. But we won’t, of course. There’s so much more to come—so stay tuned.