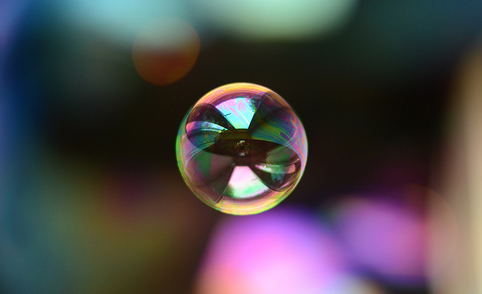 There’s no doubt that tech is booming right now. But with the industry’s growing success there are also growing fears that we’re in the midst of a new bubble.

Venture capital activity in the United States is at the highest level in nearly 15 years. And there’s been an uptick in tech IPOs. And there have been a few high-profile investments in pre-revenue startups with shaky business plans.

But that’s only half of the picture. It seems that everyone claiming we’re in the midst of a bubble seems to have forgotten how much has changed since 1999 and how much more revenue and profits today’s tech companies are generating.

At the height of the dot-com bubble, e-commerce (both business-to-business and business-to consumer) in Canada was worth approximately $4.4 billion. By 2013, it was $136 billion.

Earlier this month, FounderFuel, a Montreal-based startup accelerator, showed off some of Canada’s most promising new companies at a demo day. Most of those startups were looking to raise seed rounds of under $1 million and several had already generated over $1 million in revenue.

Now, Montreal isn’t Silicon Valley, where valuations are higher, perhaps even too high.  But the growth of the tech industry in places like Montreal, Kitchener-Waterloo, Vancouver, Boston, Chicago and dozens of other North American cities has created an exhaust valve for a potentially overheated market. If investors don’t think they can get the returns they want in Silicon Valley, they have plenty of other places to look and some of them are looking elsewhere.

Even if there is widespread overvaluation, that’s not necessarily a sign that we’re in a bubble. In 1999 worthless companies were valued in the millions. Nowadays even some potentially overvalued companies are still worth billions.

Is Uber worth $48 billion? Maybe not. Is its actual worth in the billions? Probably.

But Uber isn’t typical. It’s one of the highest-profiles startups in the world right now. Its extremely high valuation has more to do with its high profile than with any larger trends.

It’s a similar story when it comes to publicly-traded companies.

In 1999, companies were going public with no revenue and no path to profitability. While some of today’s publicly-traded tech companies aren’t profitable, they’re still bringing in a lot of money.

Twitter might be losing money but it’s on track to generate over $1 billion in revenue this year.

Since industry-wide revenue and profitability—the things that generate returns on investments—are at an all-time high, there’s nothing inherently “bubbly” about rising investment levels. Given the massive growth of the tech business during the past decade-and-a-half, it might actually make sense to see comparable investment levels to those early peaks.

But when it comes to actual dollars, that’s just not the case. Investments are higher than they were last year but that doesn’t mean they’re anywhere near where they were at the height of the bubble.

Far from being at almost dot-com bubble levels, in Canada VC activity is just catching up to pre-recession levels.

But it’s not just VC. The defining feature of the dot-com bubble was IPOs.

Somewhere between 632 and 794 tech companies went public on U.S. markets during 1999 and 2000. That massive number of IPOs and the quick rise of those stocks created a gold rush mentality—where investors piled-on, expecting to get rich quick, driving those already massively overvalued stocks even higher until all the cash was burned through and companies had to declare bankruptcy.

So far this year, just 46 tech companies have gone publicon those same markets.

Startups are now staying private longer and building real businesses. There’s no gold rush mentality, at least in the markets. The biggest risks are being taken venture capitalists, hedge funds and institutional investors, people with a higher tolerance for risk than retail investors in the public markets.

Couple that with a growing demand for mobile and cloud-based offerings, an industry that’s increasingly made up of sustainable companies with strong revenues and profits and it’s clear that there’s no house of cards waiting to fall, even if a few companies are overvalued.

If anything, fear of a new bubble has meant that, at least here in Canada, there’s too little money being invested in the tech industry—not too much.