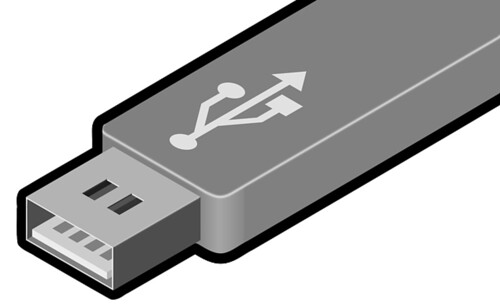 Many technological standards (e.g. wifi, Bluetooth, USB) have been established to promote efficiency and interoperability.

This can lower costs for consumers by increasing manufacturing volumes and reducing switching costs for standardized components. Adoption of a standard is usually collaboratively determined by a standard-setting organization (SSO) made up of industry players including innovators, manufacturers, and implementers in relevant fields.

When an SSO selects a standard that includes patented technology, the patents with claims that cover the technology are referred to as standard essential patents (SEPs). Although the details vary between SSOs, participants in setting a standard are typically required to make commitments to license their SEPs on “fair, reasonable, and non-discriminatory” (FRAND) terms to anyone wishing to implement the standard.

For various reasons, SSOs typically do not specify what constitutes FRAND.  Different SEPs can have different values depending on the particular implementation of a standard, and it would be difficult if not impossible for SSO participants to agree to specific licencing terms at the time a standard is being established. Also, any attempt by a SSO to define licencing terms at the outset raises anti-trust/competition concerns.

SEP holders and implementers are thus left to negotiate FRAND terms on a case-by-case basis. Courts in the U.S. and Europe have recently shed some light on their views of what FRAND commitments entail.

On July 16, 2015 the Court of Justice of the European Union (CJEU) decided how a SEP owner can assert its rights and seek an injunction against a standard implementer without abusing a dominant market position (Huawei Technologies Co. Ltd. v ZTE Corp, C-170/13).  After licensing negotiations broke down, Huawei brought an action against ZTE for infringement of a SEP relating to the Long Term Evolution (LTE) standard, seeking an injunction.  ZTE countered that seeking a prohibitory injunction constitutes an abuse of a dominant position by Huawei, since ZTE is willing to negotiate a licence.

The CJEU held that a SEP owner who has given an irrevocable undertaking to an SSO to grant a license to third parties on FRAND terms does not abuse its dominant position if:

2. if the alleged infringer is willing to negotiate, the SEP owner presents “a written offer of a licence on FRAND terms which contains all the terms normally included in a licence in the sector in question, in particular the precise amount of the royalty and the way in which that amount is calculated”; and

3. the alleged infringer continues to use the patent concerned without diligently and in good faith responding to the offer in accordance with recognized commercial practices in the field.

The case was referred back to the German national court to determine whether Huawei abused its dominant position as a SEP owner.

On July 30, 2015 the United States Court of Appeals for the Ninth Circuit, affirmed a prior district court decision, in which Microsoft obtained a $14.5M jury award.

Motorola offered to license SEPs related to the IEEE 802.11 (Wi-Fi) and H.264 (video) standards to Microsoft for a 2.25% royalty on the price of each end-product (e.g. Xbox, PC, laptop, smartphone).  Microsoft sued Motorola for breach of contract, alleging that Motorola had not met its FRAND obligations.

In order to determine the reasonableness of Motorola’s offer, the 2013 district court decision envisioned a hypothetical negotiation between the parties occurring prior to adoption of the standard in an attempt to factor out any value associated with the patents being essential to the relevant standard, and calculated FRAND royalty rates of 0.8 to 19.5 cents and 0.55 to 16.38 cents per unit for 802.11 and H.264 devices, respectively, which were significantly lower than the rates proposed by Motorola (e.g. $4.50 for a $200 end product).  Based on this calculation and other relevant facts (e.g., Motorola had sought the injunctions immediately after its 2.25% royalty offer expired; Motorola had not licenced Microsoft’s chip supplier), the jury found that Motorola had breached its FRAND obligations.

If your company offers products or services that implement technological standards, remember that such standards are likely covered by various patents.