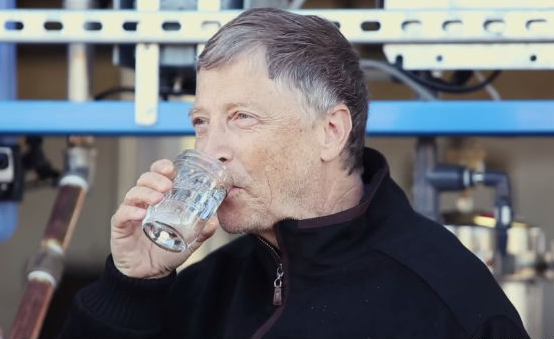 Water is one of the most important resources we need to survive. Without food we can last for days or even weeks, but without a proper supply of fresh water we’ll last only a fraction of that time.

Yet clean water is scarce in many third-world countries. It’s a problem that’s growing harder and harder to solve with current strategies, volunteers, and resources.

A 2012 community report, compiled and written for the State Department, claimed that within the next decade, “many countries important to the United States will experience water problems—shortages, poor water quality, or floods—that will risk instability and state failure.” While certainly alarming, this is old news; water has been a scarce resource in many regions of the world for decades now. What’s lamentable is that we need to specifically call out those countries that are “important to the United States” before we get serious about the problem.

Nevertheless, to answer this increasingly serious problem, a new venture, funded by the Bill and Melinda Gates Foundation, may be able to change all that. It’s called the Omniprocessor, and it’s capable of converting even raw sewage into clean drinking water. The main plant is based in Seattle for now, but eventually the technology will be used elsewhere to improve living conditions in many third-world countries that lack a clean water supply.

It’s promising news indeed, but there’s one momentous hurdle left—a hurdle that, surprisingly, has nothing to do with the research and funding behind such a project. Instead, it has everything to do with human psychology.

If someone handed you a glass of crystal clear water and told you that, while it was safe to drink now, it had been human waste just a couple minutes ago, would you drink it? You’d probably at least have to give it some thought. Well, Gates did give it some thought—and then downed a whole glass of the stuff in front of a camera.

Gates succinctly confirmed afterward: “It’s water.” On his personal blog, he wrote: “It tasted as good as any I’ve had out of a bottle. And having studied the engineering behind it, I would happily drink it every day. It’s that safe.”

Despite the fact that Gates has made public appearances where he drank the recycled water, it seems that many people are still turning their noses up at this potentially game-changing technology.

Recycled water is clean. In fact, it’s cleaner than unfiltered tap water—but even after learning this, it’s likely that many of us still won’t want to touch it.

Researchers Paul Rozin, Brent Haddad, Carol Nemeroff, and Paul Slovic hosted a series of studies where they polled over two thousand American adults, along with hundreds of college students. The purpose of the study was to collect a general consensus about the idea of recycled water. The subsequent findings were published in January’s edition of Judgment and Decision Making.

In the first study group, adults from five different cities were asked to divulge their backgrounds, their political and personal views, and their thoughts on “recycled water.” The results showed that most adults were extremely uncomfortable with the idea. Even when it was explained to them that recycled water is actually safer to drink than unfiltered tap water, they still expressed a desire to avoid it.

“The problem isn’t making the recycled water, but getting people to drink it,” Rozin said. “And it’s a problem that isn’t going to be solved by engineers. It will be solved by psychologists.”

Twenty-six percent of the study participants were so grossed out by the idea of turning waste into potable water that they stated, for the record, “It is impossible for recycled water to be treated to a high enough quality that I would want to use it.” In other words, it doesn’t matter how much evidence you can provide to support the idea that recycled water is safe to drink and exceptionally clean; most people will not even entertain the thought of drinking it.

This phenomenon is commonly referred to as contagion. Feelings of disgust are often deeply seated in our psyche, and exist for more than just emotional output; they exist to protect our bodies from harm. Instinctively, humans are programmed to find things gross because these elements can actually harm us. We’re aware of this on a primal level. In most cases, disgust can signal a dangerous substance, chemical or environmental, that is likely to harm us physically.

Unfortunately, a common side effect of disgust is that it can permeate our emotions and cause us to become turned off to things that aren’t really dangerous. According to Rozin, in a prior study he conducted, participants refused to drink a favorite beverage that had been “contaminated” after a “fully sterilized” cockroach was dipped inside. They were so disgusted by the insect and their predispositions that rationality was abandoned altogether. They absolutely would not drink the beverage, despite the fact that it would cause them no harm.

And consider this: American countries have been supplying the third world with water purification technology for a long time, as Meco recently did for Ras Laffan in Qatar. In other words, we’re exporting technology that we, ourselves, don’t fully trust. Make no mistake: this is a failure of the human condition—not of our technology.

In the case of recycled water, being disgusted by it is a natural but slightly ridiculous response. This is because, as Rozin points out, allwater is sewage at some point: “Rain is water that used to be in someone’s toilet, and nobody seems to mind.”

The real problem is that recycled water is a bit more obvious than rain water. Rozin says this is exactly why people are blatantly refusing the idea: “If it’s obvious—take shit water, put it through a filter—then people are upset.”

How the “Gross” Factor Can Be Solved

In that case, how can such a problem be overcome? How can we reprogram our minds to accept that recycled water—recycled sewage—is “pure”?

Strangely enough, it may be as easy as adopting some clever marketing techniques. Not the kind that would see celebrities drinking the recycled water in public, but the kind that helps restructure our beliefs.

During his water study, Rozin found that thirty-nine percent of participants are more willing to try recycled water if it’s held in an aquifer for a period of ten years. Forty percent admitted they’d be willing to try it after it travels a stretch of one hundred miles, as opposed to just one. For some peculiar reason, distance and other arbitrary factors seem to reduce our collective disgust.

Probably the best solution is to offer a more detailed explanation to the general public about what’s involved in the filtration process and how much the water actually has to go through before it’s considered drinkable. Take, for example, how quickly and effectively the FDA manages to communicate to the public about product recalls (there have been more than 80 recalls so far in 2015). They already have the ear of the public; why not spread awareness about the safety of recycled water? Bill Gates has been bragging that the Omniprocessor converts sewage and filth into drinking water in just five minutes. Could a marketing campaign that explains the water recycling process reduce our feelings of disgust? It’s possible.

Then again, maybe public appearances by celebrities really could help shed the stigma surrounding recycled water. Many of us respect Gates for the amazing things he’s done, both for the world of technology and for the modern world as a philanthropist. Watching someone like that gulp down a glass of recycled water may encourage others to give it a try.