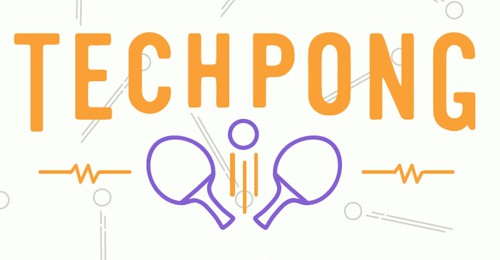 TechPong, a ping pong tournament with a purpose, is back for round two.

Launched last year and “smashing all expectations” according to organizers, the event aims to bring Vancouver’s tech industry together for a night of fun to help raise money for charities in support of the Syrian refugee crisis.

TechPong, taking place October 21 at Imperial Vancouver, invites tech companies to raise a minimum of $1,000 for a charity of their choice in support of the Syrian refugee crisis, whether it be charities providing emergency relief overseas or those helping with refugees resettling in Canada.

Hosted by Shoes.com and Chimp, TechPong will showcase talent from the tech sector, including Hootsuite, BuildDirect, and Unbounce.

“Vancouver’s tech industry is a growing and important economic and human capital force in Canada, and TechPong is really about the industry coming together and making a collective impact while having some fun,” said John Bromley, CEO of Chimp. “That they’ve chosen to support the refugee crisis this year shows how much that issue has shocked us all in some way.”

“It’s inspiring to see Vancouver’s tech community rallying in support of the Syrian refugee crisis. It really demonstrates the cohesiveness of our industry,” said Roger Hardy, CEO of SHOES.com. “Charity and corporate social responsibility are fundamental to the Shoes.com team and we are eager to make a positive impact on a humanitarian crisis’ that has touched millions of lives.” 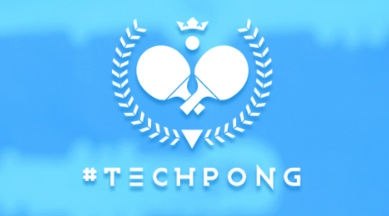 In the lead-up to TechPong, a charity ping pong tournament sponsored by Chimp and Unbouncetaking place October 1, Vancouver tech companies have not only been sharpening their ping pong skills, they’ve also been fundraising like mad.

Since August, 18 participating companies have raised more than $46,000 for Downtown Eastside charities. And with many of the participants located in the DTES, the cause has been as much a driving factor in the fundraising push as has the chance to battle it out paddle to paddle with some of the best ping pong players in the city.

While Vancouver’s tech community has always been known for its love of ping pong, TechPong has clearly demonstrated the sector’s passion for charitable giving. Companies like Unbounce, Hootsuite, Recon Instruments and BuildDirect have amped up their creativity and enthusiasm for giving back to the community where many of them do business.

While every participating company is required to raise a minimum $1,000 to send a player to the tournament, many have gone above and beyond to contribute even more to their chosen charities.

“We’re still raising money and we want to hit $2,000,” said Kyle Gruen, business development manager for BuildDirect. “We’ve given to the Downtown Eastside before, so this has been well received, but it’s been more social this time. Having a specific call to action when people are busy has been a good thing. It’s cool to see people having so much fun while raising money.”

At Recon Instruments, the passion was propelled by one particular champion – software engineer Amin Babaei. He set up his own practice schedule in which staff could play him for a $5 donation that he would then match through his Chimp Giving Group page.

“The Giving Groups have been pretty great,” said Melissa Allan, people and culture manager at Recon Instruments. “When we created our fundraising page and sent out an email about it to staff, within 30 minutes we had already raised $300. That was really exciting.”

The fun has gone well beyond ping pong. At Unbounce, fundraisers have included a Jimmy Fallon-style lipsync competition, homegrown vegetables “sales,” and fitness and eating challenges. “Every time someone wants to do something, we find a way to Chimp it,” said Sarah McCredie, sponsorship and PR manager at Unbounce. “Chimp is the new verb around the office.”

Unbounce’s customer success team, for example, upped their productivity by adding some fun and charitable challenges to their daily work routine. Every time the phone rings more than three times, or whenever a team member gets caught “talking like a hipster,” team members make a donation to their fundraising group.

Over at Hootsuite, fundraisers have been branded in familiar company fashion, with social interaction playing a key component in its Wimblepong qualifying matches and Hootraffle, a chance to win prizes while raising money to send kids to coding camp.

“It’s always cool to find new ways to engage employees,” said Gerard Recio, Hootsuite’s social media coach manager for the Americas. “Fundraising brings people together who wouldn’t normally work together for a common cause. We got some great ideas from doing this, and from watching what other companies have done as well.”

Overall, said Steven Davis, business development manager at Chimp who dreamed up TechPong as a means of galvanizing Vancouver’s tech community in the lead-up to giving season, “the response from the tech community has been phenomenal. The enthusiasm we’ve seen is a clear sign that our vibrant tech community is perfectly poised to lead the way in giving back to the neighbourhood where many tech companies do business.”

TechPong takes place October 1, from 6pm to 10 pm at the Imperial (319 Main St.) Spectators are invited to cheer on their favourite teams. Tickets are $10 and include a drink plus appetizers. One hundred percent of the proceeds go to Downtown Eastside charities.