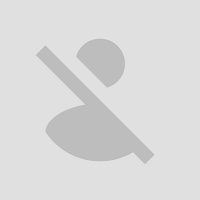 TEDxHalifax, an independently organized production of the very popular TED presentation series, was hosted this past weekend at Dalhousie University in Halifax. The theme, Connections Can, denotes the multitude of accomplishments possible through connections and culture.

The Culture of the Whale (Hal Whitehead

From Bean To Cup: Coffee’s Rise To A Specialty (Zane Kelsall)

Mobile Medicine: A Window Into the Future of Heathcare (Ivar Mendez)

Inspiration is a Fire, Not a Spark (Sagar Jha)

Grieg Oldford, the student responsible for bringing TEDx to Halifax, explains the reasoning behind the conference lineup, “we’ve tried to keep our speakers eclectic, because we want to really break down silos at the university and bring thinkers from across Canada and Halifax together in one place.”

In addition to the speakers, there were also a number of musical performances, including Old Man Ludecke, Julia Feltham, Jonah Bernstein & Loura Healy, Steven McNeil, George Woodhouse, and Uytae Lee.