The influence of Telus over Public Mobile—a startup wireless carrier born from a 2008 spectrum auction it acquired last year—is now in full swing.

The telecommunications giant isn’t changing the name or dramatically altering the aesthetics of the brand, but Public has returned to a “beta” phase as it is reinvented on Telus’ 4G LTE network.

Unlimited talk starts at $25, while unlimited texting is $10 (which depressingly recalls the days when we had to explain why charging even $5 for texting is a massive ripoff). One gigabyte of data is $20, while 4GB is $50. A $15 “discount” is offered to those ordering all three services—talk, text, and data—but a $10 monthly SIM “fee” is also charged, negating most of that. 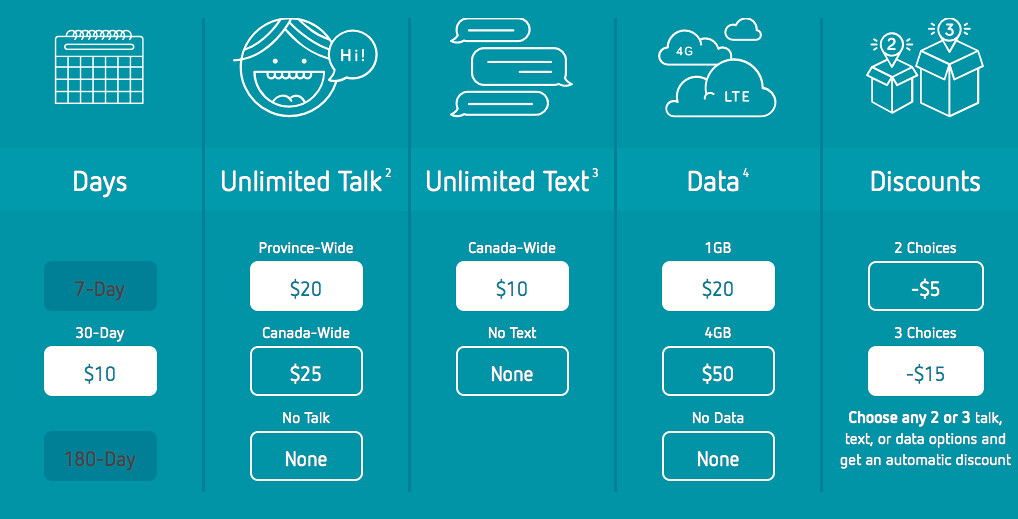 Slap taxes onto that package and you have a $50-plus monthly charge for a fairly bare-bones plan. Nothing amazing. Still, it’s cheaper than Telus.

In addition, Public is offering various “rewards,” such as loyalty discounts and referral discounts.

Overall, the rebrand isn’t a terrible one for consumers looking for an alternative to Telus and Koodo on the same network. Aside from the incredibly insulting $10 texting charge—a blatant, appalling moneygrab that is beyond 99.9% profit for Telus—the prices are almost reasonable.

Existing customers are not affected by these changes, Telus says.