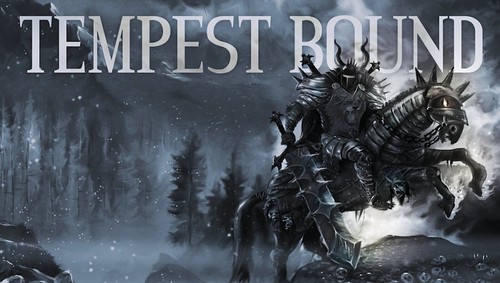 Let me start by telling you something you already know: the internet is a strange and magical place.

The internet has fundamentally changed the developed world and will, when given the chance, change the developing world as well. It’s torn asunder countless companies and is the starting point for most new ones. It’s obliterated the way entire industries function and it’s created vast new markets.

And, if we think about it, the internet is only getting warmed up.

It is still just an infant. And every day it is being used in new ways. What transformations will the internet lead in a year? In a decade? I get dizzy just thinking about it.

Now let’s take a step back.

I have written a novel. It’s a fantasy tale, fast-paced and gritty. I’m self-publishing it on Amazon shortly after my preorder campaign on Kickstarter ends.

What has this got to do with technology or journalism? Nothing. There isn’t a lick of tech journo in the thing. There is no overlap.

Well, maybe a little. Not in the content of the book itself, but certainly in how it’s coming to life. When I was born, self-publishing was not a viable option for a budding author. And crowdfunding did not exist, at least online. Nor did Amazon, an invaluable channel for self-published writers. So without the internet—without technology—this book might have been doomed to forever collect dust in a drawer as a forgotten manuscript.

That’s pretty cool, you have to admit.

But I must confess that I am not really here to talk about that—about how people once without voices start blogs or YouTube channels, which then become bestselling books and multi-million-dollar media empires—because that’s a big story, a colossal story, that I will save for another day. Here I only want to talk about my book. Or rather I want you to read some of it. And if you like it, or you know someone who might, buy a copy. It’s five bucks. Downgrade your fancy latté to brewed coffee tomorrow and your credit card won’t even notice the dent.

I’ll notice, though. And I’ll love you forever for it.

Oh, and if you have a lurking passion, some sort of hobby or side project you’ve been neglecting in favour of your nine-to-five, or for any other reason, give it some attention today. Because if not now, when?