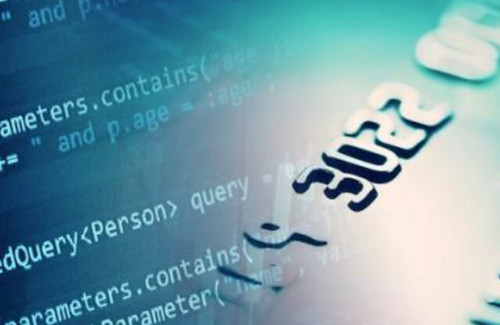 While New York, London, Singapore, and Tokyo typically steal the limelight for cities with top financial centers, Vancouver appears well positioned to take on the new wave of investment opportunity happening at the intersection of the finance and technology.

“Canada has a strong reputation and position on privacy, security and regulatory compliance, which are critical elements when dealing with financial technologies,” Jones said. “This trusted view positions us as a leading country for fintech.”

In terms of home-grown fintech, the natural tendency for us would be to think of Toronto, home to our main stock exchange and major banks. However, Vancouver, often better known as the headquarters of Hootsuite and Electronic Arts Canada, also has a significant fintech community that sets itself apart from its better-known cousin.

Being smaller and more contained, Vancouver has an advantage in that its fintech companies are closer in proximity than in Toronto, and the community is still relatively small. Vancouver is also a great city for sustainability, something that is very appealing when dealing with financial companies. Vancouver is a great city to attract people because of its livability, and talent does not leave the city due to the great lifestyle that it affords. The high quality of life and wealth of talent available, along with visa options for international recruitment, make it a great city for fintech.

Christine Duhaime, founder and executive director of the Vancouver-based Digital Finance Institute, is a strong supporter of the city’s fintech sector. She believes that Vancouver is uniquely positioned for fintech success.

“The interesting thing about Vancouver’s fintech ecosystem compared with Singapore and London is that we don’t have any government or global bank subsidized fintech centres or fintech innovation labs,” stated Duhaime. “The growth of our fintech ecosystem is real, organic, and much more viable and sustaining as a result, at least for the short term.”

Despite being at a perceived disadvantage due to its distance from the epicentre of Canada’s financial services industry, Vancouver has much to offer that differentiates itself from Toronto. Notably, being far removed from the established banking corporate culture and conventional, old-school thinking and philosophies is a real strength for Vancouver’s fintech firms.

Some business leaders, such as Kathryn Loewen, founder and CEO of Control, an online payment management company based in Vancouver, see a distinct advantage for fintech businesses in her city.

“There’s huge value in accessing our more ‘West Coast’ approach to thinking outside the box and taking risks,” said Loewen. “Maybe it’s the mountains, or the ocean, or something in the air here in Vancouver, but I think that we tend to bend the rules a bit more and think through problems creatively without fear of constraints.”

Daniel Eberhard, the CEO of Koho, believes the future of fintech in Vancouver is bright.

“Vancouver has always had strong engineering and product talent,” he explains. “A few big liquidity events have given the community the resources to really push the ecosystem.”

How can Vancouver maintain its competitive edge and gain wider global recognition as a fintech centre of excellence? There is still much work to be done. Among the first steps, Vancouver’s fintech community needs to create a strong and unified voice to spread its message throughout Canada and around the world. There also needs to be place where fintech firms can work closely together.

Duhaime, through her work at the Digital Finance Institute, aims to accomplish both of these goals.

“I set up the Digital Finance Institute in Vancouver in part to support fintech in this city,” she added. “My next step is to create a working fintech space in Vancouver where fintech companies – little ones – can come hang out and innovate, like what Paris has. That is a perfect innovation model.”

Will creating a Canadian fintech association be enough to help grow the industry in Vancouver? Loewen, Duhaime, and Jones offered their opinions.

“I would love to see some of the big Canadian banks support or sponsor some programming here, for example, run hackathons that allow startups to mash up apps with their open APIs,” Loewen said.

“It’s important to invest in fintech because banks, as we know them, will disappear and become digital,” said Duhaime. “If we do not invest in creating the technology in Canada, and keeping it in Vancouver where it is entrenched now, we will be consumers of fintech created elsewhere, rather than being leaders who create it.”

“In order to remain competitive with other countries that provide government subsidies, like the UK and Singapore,” offered Jones, “Canada can further establish itself as a world leader in fintech by forging deeper partnerships with all levels of government to ensure that the industry in this country remains at the forefront”

One Vancouver-based mobile payments company Payfirma struck a deal with CIBC that would offer its services to CIBC business banking clients looking to accept payments from clients using mobile devices.

“Fintech innovators should not seek to displace or compete with banks, rather collaborate with them,” says Michael Gokturk, CEO of Payfirma.

This trend is also demonstrated by Trulioo across other industries, including payments, peer-to-peer marketplaces, and eCommerce.

“We power fraud and compliance systems for big players in their respective markets, including PayPal, Square, Kickstarter, and Stripe,” said Jones. “Why recreate the wheel when you have the option to Integrate innovative solutions that provides your company improved processes, elimination of inefficiencies, and a competitive edge that will keep you relevant and ahead of your competition?”

Eberhard admits that, with no financial hubs in the city, Vancouver is no doubt a financial technology “outsider.” But, he is quick to point out, this makes the city’s ecosystem a “supportive, tightly-knit community that looks at these problems from a really technical perspective.”