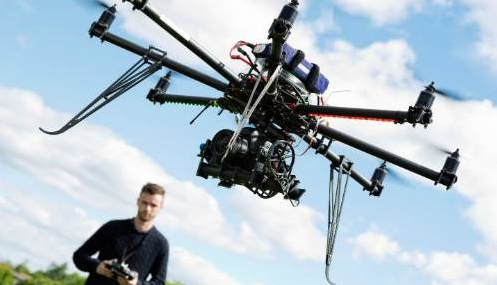 The drones or unmanned aerial vehicles (UAVs) are here to stay. These last two years have marked what could be the beginning of the drone era.

Although the commercial drone market is still in its early stages, some studies estimate the 2015 UAV world investments to be around $1.2 billion. The drone market is growing fast (with an estimated CAGR of 19% for the next 5 years) in North America and Europe.

Venture firms are pushing for commercial UAVs too. According to CB insights, funding for start-ups increased 104% in 2014, reaching $108 million. This might not seem as much, but during 2010-2012 there were only 4-5 negotiations that barely raised $10 million. In the first quarter of 2015, start-ups have already raised $50 million.

The most impressive numbers however, come from a report by the Association for Unmanned Vehicle Systems International (AUVSI). It says that, if UAVs are incorporated into the economy, the economic benefits could reach $82.1 billion for the period between 2015 and 2025, and this would be just in the U.S.

Of the all the industries that are likely to be affected from UAV usage, agriculture stands out as the most promising one. It could account for 80 percent of the UAV use, as drones would dramatically reduce the costs of farming. This article by AP, mentions several uses that drones could have in the industry, like scouting farms for problems, spraying chemicals or fertilizers and, supervising crops and animals.

Public safety could account for another 10 percent of the UAV use. Police, firefighters, and medical emergency responders could clearly benefit from this technology. They could avoid difficult and dangerous situations by operating these devices that are safe, cost-effective and reliable.

Other industries bound to feel the effects of drones are mining, oil and gas exploration, real-estate, telecommunications, and film production.

The package delivery industry doesn’t seem to be the most immediate market for UAVs. Although drones would make processes faster and cheaper, there are important concerns over privacy issues, mostly regarding the idea of drones flying around residential areas.

With still plenty of red tape to clear, commercial drones are not allowed just yet. In North America, the FAA and the CARAC have proposed several regulations and are open to amend current regulations, but drones are still being tested, making the final ruling, for full commercial use, still a couple of years away.