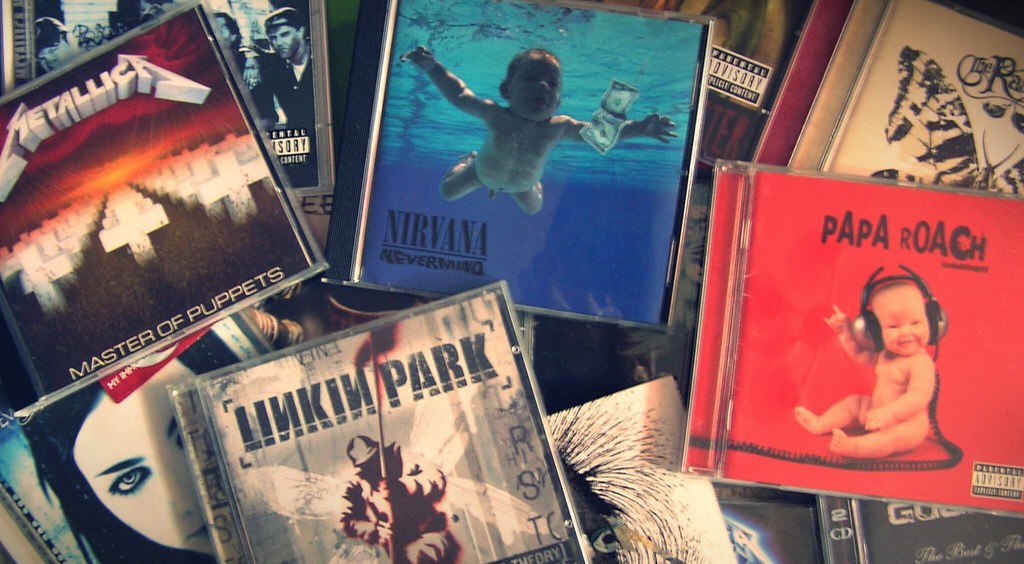 As a person whose formative years were the 90’s, I grew up inspired by the music of Nirvana, Pearl Jam, Nine Inch Nails, and many more from that period.

That was the time before the MP3 era when you would go to the music store and buy CDs to add to your collection. There was a pride-of-ownership back then; your music collection defined who you were. Each CD you picked up and held in your hands could bring back vivid memories of when you first heard it and what was going on in your life back then.

With the rise of the internet, digital books, music, and movies all joined in with the promise of quicker access to distribution and customers. This was an exciting time but looking back on it you could also see the trend towards de-valuation of these products. Writers, musicians, and directors all were slaving away over their work (art) only to see it copied and illegally distributed as though it were a simple text file.

The only way to address this change was to create a digital marketplace around these goods and make it easier for people to legally pay for the content than to simply download pirated copies. Everyone rejoiced and tech companies made billions of dollars behind these paywalls, but there’s a new trend coming up, the all-you-can-eat streaming buffet.

For the price of a few cups of coffee per month you could get access to every movie, book or song ever produced. As a software developer who makes apps for a living I can see the subscription model is inevitable when it comes to digital goods. The more people have access to content, the less they are going to value that content, and the less they’ll want to pay for it.

Subscriptions take away the pain of paying for each good individually and give customers access to everything. Does this completely take away the pride-of-ownership and the value placed on these goods? Yes it does. Does it matter? Time will tell but at least the artists are making money.

Apple Music promised to solve the problems of music discovery, music access, and social connections. As a new entrant into the streaming music business Apple’s product is top notch. They quickly gather information on my musical tastes and present me with music and playlists related to what I like. From the short time using it I’ve already discovered new music and forgotten tracks that definitely deserve another listen. The fact that I can mark up to 25,000 songs for offline usage is a real game changer as I don’t want to use data when I’m out driving or working out.

The Radio section with Apple’s new Beats 1 radio left me disappointed. Song curation along with radio stations are the top forms of music discovery so I understand why they would want to include it in the app, but the implementation felt lacking. Giving Beats 1 several tries, I found myself wanting to switch stations more often than not and I imagine this will be the case with most people and their varying musical tastes.

The truth is I wish Apple had realized that there are thousands of high quality “live broadcast” radio stations out there playing great local music. They had the ability to become a hub for all this content and even provide a social outlet for the stations to connect with the listeners.

When we first started thinking about our music app onTune FM we asked ourselves “How can we make music more engaging?” and instantly we knew social media was the answer. Musicians, probably the most influential and expressive group on the planet, are constantly sharing their experiences on Facebook, Instagram, and Twitter. If I’m listening to the new Alabama Shakes album for the first time, that’s the exact moment I’m ready to dive deeper and get to know the artist better. Just like Apple Music, with onTune FM we set out to connect the artists’ closer to their audience.

This brings me to Apple’s Connect section and their attempt at bringing social features to the app. Connect should have been the glue that bound all the other sections together (For You, My Music, and Radio). When I’m listening to some music I really would love to see the social experience around that artist, but I can’t. If it’s even available I need to follow that artist and then go to the Connect section and find the artist so I can see more about them. With onTune FM, we stream radio stations, play YouTube videos, and even stream your Apple Music’s My Music playlists and songs. Through those experiences we match up what’s playing and show social media feeds from the artist or band’s Facebook, Twitter, YouTube, or Instagram accounts engaging the audience while they listen.

Apple Music has created a great streaming service that can stand up very well against the competition. Its Radio and Connect sections failed to impress but as this is a new product I would expect improvements to be coming in the future. For $10 per month Apple Music has given me enough value to put aside my old music collection and embrace the all-you-can-stream buffet.