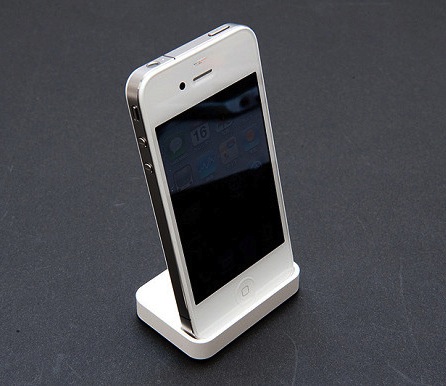 It was a mystery shrouded in (white) fog for months on end: Why the heck does the fabled white iPhone 4 keep getting delayed?

Frustrations seem justified. After all, it’s just a different colour; what’s the big bloody deal? Well, as it turns, colour may be trickier than you think.

A recent appearance by Apple co-founder Steve Wozniak on The Engadget Show finally shed some light on the matter: the delays are due to issues with the white paint allowing light to leak into the device and affect camera performance. It has been rumoured since last October, but never confirmed—until now.

It’s important to note that Steve, while a co-founder, is not an official spokesperson for the company. Therefore, his confirmation is not guaranteed to be legitimate. However, odds are heavily in favour of his being correct by this point, compiling his words on top of educated guessed and calculated insider rumours—besides, what else could delay a simple swap of colour?

Apple’s last delay left us expecting the storied white iPhone in the “spring” of this year, which happens to be coming rather soon. MobileSyrup revealed a picture of somebody in Toronto wielding a white iPhone, but whether it was a legitimate test device or simply one otherwise painted white is unknown.

Either way, Apple has had plenty of time to fix this issue and any further delays would be utterly ridiculous. In fact, if white iPhones aren’t unveiled within a month or two, they may as well push it until the iPhone 5 launches sometime this summer (likely, though not guaranteed).