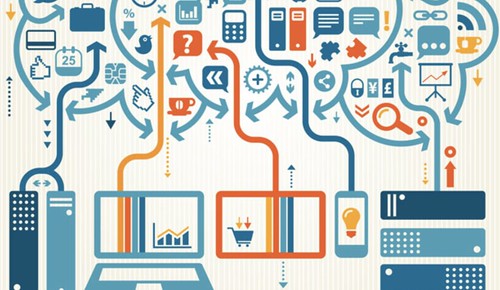 Let us face it, there are many technological innovations taking place right now and we are not short of hype words.

Some years ago it was the Cloud, last year was big data and this year it seems to be the Internet of Things. Beneath all the noise what matters is whether these things are truly game changers or just noise. Let’s take a look at the reality.

Back in the days of our ancestors, the Neanderthal’s, there was probably a lot of hype around as well. New spear design, new flint stones (not the cartoons), or arrowheads must have made waves. This passed down the ages and possibly a few thousand years ago created hype around things like the invention of the wheel, irrigation systems and so on. A few hundred years ago, innovation moved more into warfare and technology inventions such as better weapon design, the invention of gunpowder and maybe better ways to identify disease.

Fast forward to 2016 where the internet is nothing new for the modern world yet there are significant parts of the world and even a majority of the world’s population that does not have access to it.

What makes the internet so amazing is te sheer amount of innovation it has kicked off by creating an ecosystem powered by technology, well the internet. My 14-year-old nephew does not know what a non-internet world would be. The Internet of Things or IoT is one of the things that has been spun off by the internet. As technology evolves, so do other aspects that are powered by it. Moore’s law stipulates that technology will roughly double every two years, but we are now seeing the law being broken by an even faster development of technology. It should be no surprise then that a technology like the internet of things may have the potential of being a fast growing technology if that is what we are trying to establish in the first place.

How o we evaluate the importance of technology?

This is the simplest explanation of all. The pure magnitude of what IoT can accomplish or help us accomplish is what makes it as big as it is perceived to be. Does this mean that IoT could be bigger than the invention of electricity or say the wheel? Well, if that’s the way we look at it, potentially yes, but in a different way. Let me explain.

The impact of something can be calculated by a few indicators. It could be how far and wide reaching the effects could be, consider the example of climate change. Climate change in any capacity has the possibility of affecting a wide range of geographical regions, even the entire world. How about the invention of the electric bulb? For the world that ran on coal and kerosene lamps, the invention of an illuminating object that provided clean energy was revolutionary. More revolutionary was the ability to scale by being able to transport electricity to far places with an electrical wire system.

RELATED: How the Internet of Things is Transforming Canadian Businesses

Last example. Penicillin. In a world that was being devastated by high mortality rates through smallpox, Penicillin was the absolute need of the hour that could save not tens but millions of lives. Probably keeping these in mind, the invention of the ketchup was a far less impactful event for the larger population (although Ketchup fanatics may share a different opinion).

How does IoT fit into our world?

The Internet of Things is a unique technology framework. It is powered by the Internet and yet is not a 100% software-based technology. IoT transposes over multiple domains of interaction and usage. One hand it is fueled by programming languages, code and software overall, and yet at another level, it manifests itself through physical devices that behave in a certain way based on what the programming languages, code and software asks them to do.

IoT devices as such fall into many categories that may help address problems, or be applicable in many areas. Let us look at a few examples.

Lynda has just had a bypass surgery. Her doctor has asked her to take complete bed rest in order to recover. Lynda problem is that she lives alone and may not be able to take care of all her needs. Would IoT be of any help to her at all, if those devices existed? Maybe. In an ideal IoT-powered world Lynda could have access to a few things that would make her life easy.

To start off with her clothes would be IoT-enabled so that they are constantly monitoring her body temperature ad adjusting the level of comfort by either warming or cooling. She could also be sleeping on an IoT bed that can measure how well she is sleeping and if her sleep pattern is ok. The end may also have featured to adjust cushioning based on Lynda needs to have a softer bed while she recovers. Her room temperature and lighting would also be IoT-enabled and would maintain the right temperature and humidity, and adequate lighting as needed. In the kitchen, Lynda refrigerator would know what is inside and what Lynda is running low on. The refrigerator could order home delivered groceries or even some healthy takeout based on her preferences.

Lynda’s doctor may be able to consult with her and monitor her progress through a special wearable that has some advanced diagnosis features especially for heart surgery patients. Her medical team is able to monitor her vitals and monitor her remotely when they want and as log as she needs care.

All these devices have one thing in common. The idea of the Internet of Things. This is where everyday devices can be connected to the internet and used to perform a task, or automate something that can be improved. This also paves the way for better connectivity, constant monitoring, an action and a reaction where the use of IoT is more than just being able to connect to a device and make it perform an action. The Internet of Things is about unlocking value from a device that can be powered by sensors that measure a variable and use that information to make an informed decision, and perhaps send back a command for the device to take action with.

Types of Internet of Things devices

The Internet of Things is not to be confused with a remote controlled toy. The implications and applications are far too complex.

Industries such as Healthcare can see a clear impact with IoT-powered technologies, but so can infrastructure developers with smart cities, farming, industry, fashion, food and beverage industries, services and so on. The uses of IoT in any of these industries, in my opinion, can be separated into two categories.

1. The Obvious. These are applications that are generic and may not be extremely specialized. Examples could be an IoT Powered Dishwasher or a Vacuum Cleaner, or even a Refrigerator. All these devices may be able to perform certain functions but may be limited to their application in a broad way. Vacuum cleaners will clean the floors, not order groceries. A dishwasher will wash dishes, not open the front door and so on.

2. The Not-So-Obvious – These devices are going to very specialized in terms of their features and functions. Some of the examples of this can be a human looking robot that is able to stack your refrigerator, vacuum your floors and answer the door when the bell rings. This could also include a device such as a nano-robots that can be injected into the body of our friend we spoke about earlier, Jane. The Nano robots may be able to roam through her blood vessels and send back information about the disease, damage and things that need fixing. Her medical team, on the other hand, may be able to send repair commands to the Nano robots so that they may perform micro surgical procedures or take biopsy samples to be analyzed. This, though far way in terms of development, is a possibility.

The Future of IoT

The Internet of Things today is a framework, being used by providers to start a revolution that can have unlimited implications. Gartner, a leading analyst firm estimates that by 2020 over 21 Billion devices will be connected to the internet.

Are these devices at the caliber of the Nano-robots, not all, but yes many of them may be complex than just a simple vacuum cleaner. Some of the uses of these devices will span productivity, efficiency, better healthcare, faster processes, better cities, more engaged audiences, new educational models, and countless other ways. How the industry shapes in the next 5 years is not very hard to estimate, given all the data and information we have access to, however as IoT matures we will see rapid development of new technologies and applications.

Keep in perspective Moores law, which is not 100% applicable today because the speed at which technology is being developed is 5 times faster than Moore predicted, but what is interesting is to realize that the rate at which technology is being developed is fast increasing as well. It would not be a surprise that industry analysis would update their estimates to say that 30, 40 or 50 billion devices will be the internet enabled by 2020.

The Internet of Things is not a hype that will fade away. Akin to other technologies that occupied the top spots in the last few years, Cloud technologies are still a highly developing area of business and in fact, it would be impossible to have a true IoT device without the Cloud. Big Data, another Internet-related technology is fast growing to be on top needs for humanity to analyze massive amounts of data in a short span of time and derive knowledge that can be used to make key lifesaving decisions in many cases.

More to come on that next time. Let us learn more about IoT and engage in meaningful conversations that can help create a unique perspective, address key needs and make the world a better place through technology.