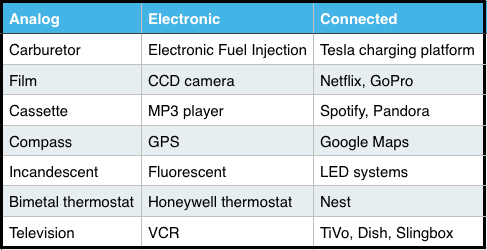 More and more, people and businesses talk about the “Internet of Things,” or IoT.

Is it a buzzword? Probably. But the idea behind it is very real.

But, he argues, we aren’t yet thinking about IoT currently. We’re stuck in the present.

The Internet of Things is not about the things or even the platform the same way we thought about motors or microprocessors. The big winners in IoT will be thinking about an entirely different future, not just connecting to things we already use today in ways we already use them.

Sinofsky echoes the sentiments of Benedict Evans, also of Andreessen Horowitz, who calls the trend “inevitable,” but also believes the things that new technology is used for can be hard to predict.