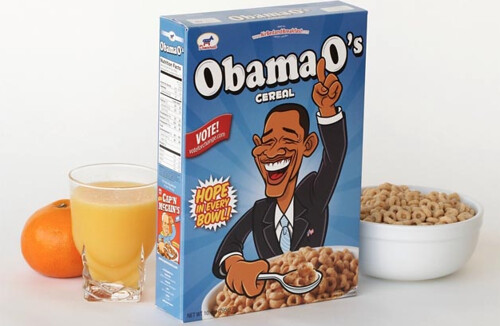 The media is good for a lot of reasons, but not always.

In the last decade or so, the startup culture has experienced what I would call the “golden years.” With a record breaking amount of funding from investors and an unprecedented amount of unicorns gracing the world stage, the media has been successful in its mission of romanticizing the startup culture. Being an entrepreneur has become a badge of honor and a claim to fame. Through the help of the media and the plethora of resources at hand, everyone has been told that they too can become entrepreneurs.

This misconstrued portrayal of entrepreneurship has led many dreamers astray. What they thought would be a 10 step program to a successful exit was in fact something completely different.

The truth of the matter is most startups are destined to fail; that is just the nature of the beast. With that in mind, anyone considering embracing such a calling must understand the reality of the situation.

As an entrepreneur, your failures are far more important than your success. During your entrepreneurial journey, you will fail and you will fail often. Like life, starting a company is a series of hills and valleys. The hilltop can get high but the valley will go deep. It is precisely in the midst of those valley that you are able to separate true entrepreneurs from glory seekers.

In 2007, there were two friends named Joe and Brian living in San Francisco, and like many, were struggling to pay rent. They decided to turn their loft into a bed and breakfast and bought three blowup mattresses with which they planned to rent out to travellers. They enlisted their former roommate Nathan to help them build a simple site with pictures and info to allow others to view and book the beds on the floor of their loft. Soon after, they got their first three renters who paid $80 each for a bed. That following weekend, they began receiving emails from potential renters inquiring about whether they had different locations. That’s when they realized they may have stumbled onto a big idea.

A few months later, they launched at SXSW but were only able to get two bookings. For the longest time they were not growing and were unable to get seed capital because no one really believed in their business model. Then they had an idea.

As the 2008 elections approached they made custom branded cereal for each candidate and sold them at various conventions. Selling Obama O’s and Cap’N McCain’s for $40 a box, they were able to raise $30,000. However, they still had trouble with growing the business, and were making only about $900 a month. Friends, investors, strangers all encouraged them to abandon the idea but they stuck at it. Living off the remaining cereal from their hustle, they continue to plowed through. At one point, they went door-to-door in NYC to all their listed properties and took professional pictures of the spaces.

Slowly they began to grow and started making roughly $1,800 a month. But still they were getting rejected by investors who didn’t believe in the business. One well known investor, Fred Wilson, was quoted telling them: “this problem is a bitch, you won’t solve it, and it will kill you.”

He recalls meeting them and regrets not funding them to this day. That’s because at a valuation of $10-billion, Airbnb was able to thrive when the going got tough.

When you launch a business, obstacles will come and they will come fast. There comes a point where you will find yourself in a 20-foot pit with no way out—these are the moments that entrepreneurs live for. As the walls close in around you and the light at the end of the tunnel slowly disappears, the entrepreneur finds himself in his element and relishes the challenge. Unwilling to become a victim, a product of his environment, he chooses to make his environment a product of himself. The entrepreneur is addicted to the hustle.

The main difference is the real entrepreneurs, the ones who will make real change in the world and introduce ground breaking products that disrupt industries and change lives are the ones able to stick it out when the future looks bleak. The others, they will simply walk away and return to their comfortable lives. That’s because the only way to persevere in the valley, is if you are in it for the journey and not the destination.

To them, the worst part of being an entrepreneur is actually the best part.