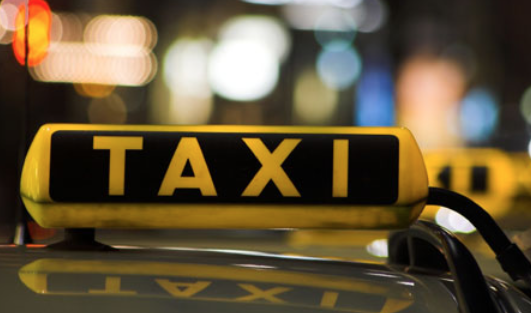 The other day, I took a taxi home from the airport.

The driver seemed professional enough. But then he took a wrong turn.

Rather than taking a highway that would deposit us close to home, he took one that ended on the other side of downtown Montreal, adding around 20 minutes to the trip. He apologized when we pointed out the error and didn’t charge for the extra distance.

By taxi standards, it was excellent customer service. Still, the moment we got out of the cab, the question was asked: was this an innocent mistake or was he trying to pull a fast one on us?

Right now, the taxi industry is locked in a war with Uber.

In Toronto, taxi drivers have threatened to strike during the Pan Am Games. In Montreal, cabbies have intimidated UberX drivers and held protests. In Ottawa, the head of a taxi driver’s union threatened that cabbies are “going to be out of control” if the city doesn’t crack-down on the ride-hailing service.

The taxi lobby seems to think that if it can get Uber to retreat, things will go back to the way they were when tight supply controls and high-priced licenses gave taxi cartels a virtual monopoly.

It’s a understandable position; no one wants to see a lower-priced competitor eat into their earnings.  That’s doubly true in cities where the local government limits the number of taxi permits.

Here in Montreal, where permits are transferrable and the city hasn’t issued new ones in decades, they sell for almost $200,000 on the secondary market. While a single permit can be shared among multiple individuals (they just can’t be driving at the same time) it’s still a lot of sunk costs for a low-margin business.

But it’s going to be hard to put that genie back in the bottle.

Even if the taxi lobby is successful in getting Uber out of their cities, something else will replace it. That’s because no one likes to take a taxi, sure, I know there are some great taxi drivers out there and I’ve met some nice people who drive cabs but it’s not a market where customer service is prioritized.

It’s a market where not getting ripped-off counts as good service.

Think back to that anecdote I told you off the top—if the driver had tried to charge us for the whole distance, what would we have done? We’d probably have called the taxi bureau or the police. There’s certainly no customer service number to call. In what kind of industry is calling the police a valid option for resolving a customer service dispute?

Everything the taxi industry does is designed to create a generic experience.

At taxi stands, you don’t get to choose which taxi you take. On the street, you hail the next one. In Winnipeg all the taxi fleets – even though there are several companies allegedly in competition – are made up of exclusively Toyota Priuses.

It means that a new entrant competing on price and convenience will win.

The taxi lobby has argued that Uber is less safe but the problem with that is that taxi doesn’t have a reputation for being safe.

In Montreal, criminal background checks for cab drivers only became mandatory after Uber arrived in the city. At one point, city police warned women not to take cabs alone alone at night because there had been so many sexual assaults by cab drivers.

Pressure tactics, like the proposed strike in Toronto, seem likely to backfire too. Though politicians may fail to call the taxi industry’s bluff.

Literally every way to get around is better than a taxi. Sure, a taxi is more pleasant than the bus but the bus is like $3.

A taxi strike would just drive that home and hand Uber all those taxi customers who hadn’t yet made the switch.

But the real threat isn’t Uber. The future of transportation is mobility as a service. Subscription-based multi-modal systems. Even some carmakers realize this.

The killer app of mobility-as-a-service will be driverless cars. Uber knows that.

The taxi industry, though, doesn’t seem to. It couldn’t even handle a simple problem like a little competition.