I received a message in my Facebook inbox today. It quoted a status going around: “Because I respect the rights of animals and demand that humans treat them humanely, I am changing my facebook picture to a photo of my pets. To raise awareness of the 100 dogs that were executed in Whister, BC and in support of the SPCA who is investigating this disgusting incident – I encourage you to do the same!”

First, this is a very gruesome and tragic story – if you haven’t heard about it, consider yourself lucky. I love animals, especially dogs, and it was devastating to hear of such cruelty. However, this chain status is a complete joke. Not only does it diminish the seriousness of this tragedy, it creates an illusion that – as a Facebook user – one can change their profile picture and actually make a difference.

Let us consider another recent example: last year, profile pictures were changed to shots of everyone’s favourite childhood television cartoon to raise awareness of child abuse. The number of bullet holes in this boat is ridiculous: there is virtually no correlation between Power Rangers and child abuse. Second, while raising awareness is certainly a noble cause in theory, changing a picture that only your friends can view will accomplish literally nothing in the quest to eradicate such a plague from our province or country. Raising awareness that actually makes a difference means sharing valuable links – not changing photos. It means reaching a wide, attentive audience – not your friends, who are already doing the same thing. It means a real call to arms that results in real action or real donation money – not something resembling an annoying chain email or immature insiders’ joke.

People started laughing and joking about old shows, drawing up fond memories of their childhood. Barely anyone even knew the cause behind the movement.

I declare with disgust that Mark Zuckerberg’s social network has brought to the world a new breed of warrior: The Facebook Hero. 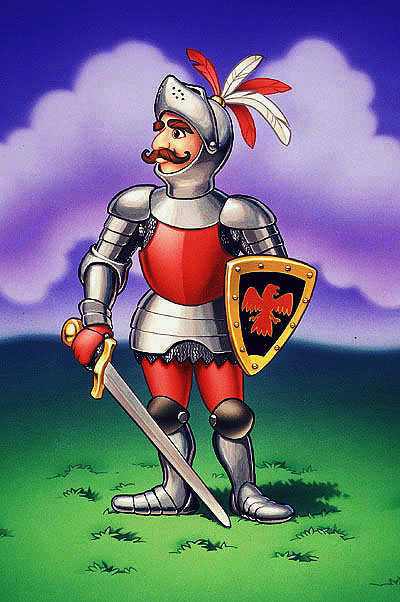 Facebook Heroes are just like you and I, only they can save the world with the sweep of a keyboard and the click of a mouse. By creating an event to not drive for two days, Los Angeles will no longer be smog ridden. In fact, the entire planet will be cured of pollution:

This event is an attempt to stop as many people in the world from driving for two days. Why do this? One of my friends brought it to my attention at work that if everyone stopped driving for a couple of days, most of the smog in L.A. where she is from, would clear up and the quality of the air would increase. Now imagine this on a larger scale, think about the impact it would have on our planet!

How stunningly, remarkably noble of vent creater Chanz Braxton. But how can he let people know that if the entire world stops driving for two days, we’ll all be okay?

After thinking about how I could get this message to the world, I decided that a Facebook event could possibly be the perfect answer.

Perfect, indeed! Facebook has well over 500,000,000 users – if all of them stop driving, plus tell all their friends, by theory of six degrees of separation, the whole world will stop driving for two days!

Let’s see how many people have made the commitment: 852, or roughly 0.000002 percent of Facebook’s net users. How many have thus far decided against this, or otherwise cared too little to response to the event invitation? More than 5,000. And how many Facebookers have no idea this campaign exists? Approximately 100 percent.

Granted, these two days don’t happen until August, so Chanz has lots of time to grow the event. Of course, the odds of even half of the so-called “attendees” not using their cars for two fully days are about as likely as me walking on water (and I can barely swim as it is).

Will, in twenty to forty years, these Heroes tell their grandkids they were a part of Egypt’s revolution, when really all they did was repost a chain status? Sadly, it’s a possibility. What is that percentage of people who “like” a cause such as cancer actually donate even a penny? Very, very low. How far is the distance between the click of a mouse, and actually saving a child on the street from death by poverty? Very, very far.

Akin to fat guys yelling from their couch for professional athletes to “work harder,” the actions of Facebook Heroes are barely husks of what any truly caring person would do. Or do Facebook Heroes simply follow one another like sheep for fear of looking bad when they don’t support the latest tragedy? Is it, to them, a trend? Are 100 slaughtered wolves the flavour of the month? Is reposting a chain status one’s good deed for the day?

This notion of quantity of quality has been amplified several fold by the internet, and it actually does more harm than good in this context. Real organizations trying their hardest to make real differences are lost in a crowd of wannabe heroes thinking they can forge their own legacy by making their own group or event. But in a world where everyone thinks they’re a leader, who is left to follow? Facebook Heroes charge forth without any idea that they are actually a detriment to their cause, almost to the point that they become villains.

Only that they’re not villains. And they’re not heroes. They’re just like you and I, only a little more disillusioned and a lot more obnoxious.

So next time a “friend” invites to their group or event that claims it will save the world, offer them a resounding “no.” Instead, Google a cause you support, and donate real money. Or, take the cynical route and ignore it altogether.