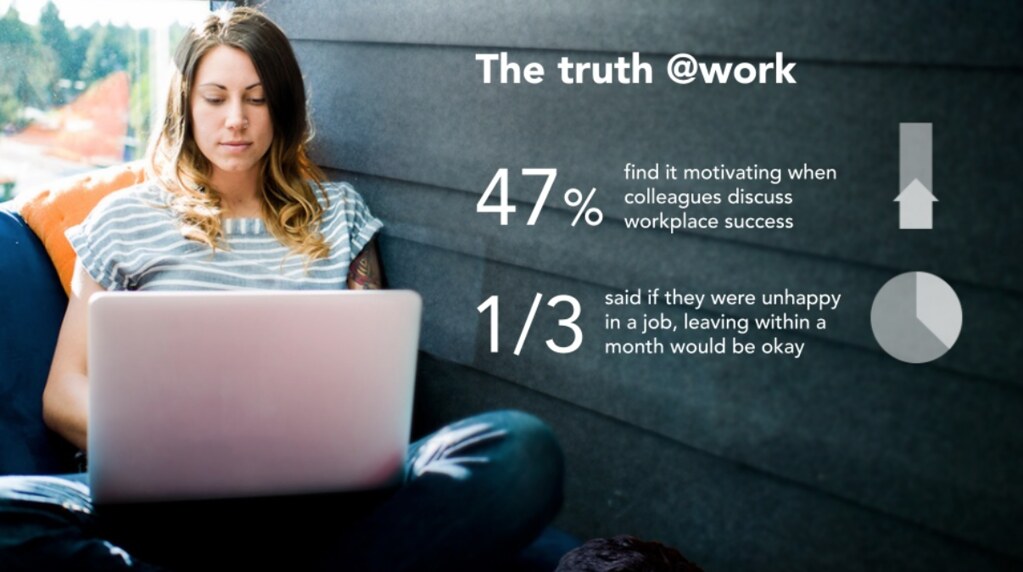 According to LinkedIn’s New Norms @Work study, we’re over the 9-5 work day, with more than 50 per cent of those surveyed stating that all companies should offer flexible work schedules.

Maternity leave top-up was also a top priority, particularly in Quebec, with almost 30 per cent of respondents stating that this practice should be mandatory. Ontarians, on the other hand, were less adamant, with only 17 per cent in agreement.

Globally, more than a quarter of professionals reported feeling motivated when their colleagues discuss workplace successes.

According to a report from Regus, the majority of Canadian professionals (84%) want fast and reliable IT services. The report also found that Canadian respondents value a workplace that looks “smart” (58%) and has professional front desk management (54%), suggesting first impressions remain important.

In addition to reliable IT and a professional appearance, a fifth of Canadian professionals (20%) want to reduce their commute to improve work-life balance by working closer to home. Respondents also noted prestigious locations or up-and-coming areas are less attractive than useful locations with services nearby such as parking lots, public transport, and restaurants and shops.

68% of Canadians highlighted the importance of the safety of their belongings. Only 4% of respondents said they want to be close to the nursery or school.