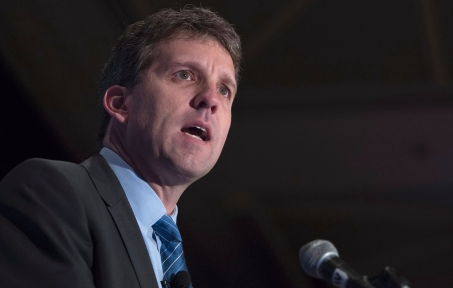 On Tuesday, June 2, Sam Sebastian, the Managing Director of Google Canada, spoke in Vancouver at an event called Growing Beyond Borders:  Google’s Export Engine for Canada.  Sebastian, who moved to Toronto from the United States, has been at the helm of Google Canada for approximately a year, and his talk explored lessons learned from this tenure, innovative Canadian companies he has encountered, and the potential for Canadian small- and medium-sized businesses to thrive globally.

Canada’s strengths, according to Sebastian, put the country’s businesses in an excellent position to succeed globally: “Canada is probably the most well-positioned to be a leader in this new global digital world based on the assets that we have here: a sterling global reputation, and an amazing workforce.  These are critical tenets, needs, and requirements to lead on the global stage.”

In addition to these qualities, Sebastian made the observation that there is a tentativeness about the Canadian culture, and that this is a double-edged sword in a digital world increasingly rewarding agility.  The positive aspect of the quality emerges in the building of genuine relationships and what he observes to be the non-transactional nature of professional and personal connections in Canada.  The disadvantageous aspect is oft-cited Canadian quality of risk-aversion.

“There’s a more careful and deliberate approach sometimes that I’ve seen in the last year, some slight resistance to change, some incremental thinking.  This can present a pretty tough challenge in this environment, where the world is increasingly characterized by massive change and constant acceleration.  The whole world is being pushed out of its comfort zone.  It doesn’t feel good being pushed out of your comfort zone, but what I’ve found here especially, is that it just doesn’t feel comfortable.  It doesn’t feel right, but that’s the environment we’re working in, and I don’t think there will be any change in that,” Sebastian said.

That environment is one that includes an incredible amount of information about global consumers, and presents tremendous potential leverage resulting from digital tools that can dramatically reduce the cost of operating businesses and reaching global markets.

However, it is also one in which that information can seem overwhelming in its scope and rapidity of change, compounded by the fact that the consumer now determines the path and parameters of the buying experience.

Sebastian refers to this combination as the ‘vortex of complexity’, a setting which demands intelligent deployment of myriad digital tools, a sensitive awareness of the buyer’s journey, and a deft touch with consumers’ experiences.

This is the buyer’s journey that Canadian SMEs, once digitally equipped to export, have to accept and adapt to. The potential upside of exploring global markets from any remote city in Canada exceeds by orders of magnitude the discomfort that inevitably must come with mastering modern e-commerce.

This applies across the board:  “Every industry is affected by this.  The obvious ones:  entertainment, publishing, retail.  But recently the not-so-obvious ones:  auto manufacturing, telecom infrastructure, health, education, government, professional services.  This isn’t disruption.  This is revolution,” said Sebastian.

Unfortunately, Canada remains a laggard in e-commerce.  Dramatically so.  According to Sebastian, while every minute 100 hours of video are uploaded to Youtube globally, 100,000 tweets are posted on Twitter, two million searches are made on Google, and 600 new websites are launched, only half of Canadian small- and medium-sized business even have a website, only a third use cloud computing, and only 5% are set up to export, even to the United States.  The disinclination to risk writ large, Sebastian said, keeps Canadian businesses from the leverage that is clearly possible.

That is not sophistry.  There are Canadian examples of digitally-driven export success, companies that have effectively used an array of digital tools and increased their business scale, while nullifying what were previously considered typical Canadian SME challenges: distance, size, and climate.

Manitobah Mukluks, a Winnipeg company selling mukluks worldwide, adopted a vision to build a vibrant, global brand that makes a significant impact in Aboriginal communities, and set up an ecommerce site with Shopify to do so.  Three years later, they export to 45 countries, and a full third of their online traffic comes from abroad.

Another example is the Vancouver Film School, which sought to drive international enrollment.  Now, approximately half of their students come from outside the country, and the school has been recognized as a top exporter at the BC Export Awards.

As the Vancouver Film School example implies, exports are not limited to goods. They include the knowledge economy:  education, finance, insurance, health, engineering, and CIS.  Sebastian emphasized, “The expertise in these industries are in demand, high demand, all over the world.   We just have to deliver.”

To expedite this, Google has set up the Canadian Export Business Map, which is “a compilation of data from the top ten export countries for Canadian businesses with seasonality calendars providing insights into the most important holidays and events in each market, as well as fundamental facts about web and mobile usage for each country.”  It is designed to be an anchor for Canadian businesses in the vortex of complexity.

At the event, Sebastian discussed Google’s own investment in the future of Canada’s tech community:  Codemakers, which began last fall, is a 3-year, $1.5 million dollar project that will provide ‘hands-on computer science experiences through national camps, school workshops and club programs,’ aiming to reach 8,500 girls in all-girl programs, 20,000 Aboriginal youth, and 20,000 underserved youth, while increasing Canadian comfort with and excitement about using and producing technology.

The foundational elements required to make Canada a digitally-enabled exporting powerhouse are in place, and now it is a matter of embracing discomfort, relaxing the typical inhibition to change, exploring the digital tools and leverage available for every aspect of the business model, and finally, calibrating Canadian SME ambitions to actual, accessible, and colossal global opportunity.

Sebastian concluded, “In many ways, I think Canada is the fastest team on the ice.  We’ve just got to harness those skills, and embrace the growth opportunities.  We can be victims of change, or we can master it to our own advantage.  We can be a country of thirty-five million, or we can be a community of billions.”