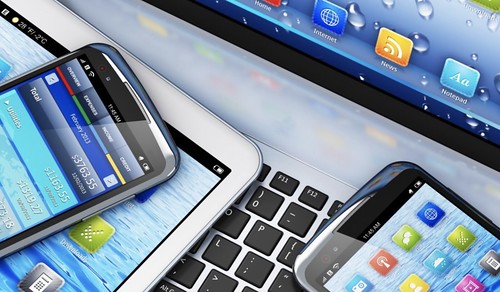 Buying something with your smartphone or tablet will be easier this year as mobile touch commerce emerges in 2016, according to Deloitte’s 2016 Canadian Technology, Media & Telecommunications (TMT) Predictions.

The number of individuals who use a third party touch-based payment service to buy something on their mobile device (smartphone or tablet) is predicted to increase 150 percent to reach over a million users in Canada.

Deloitte also predicts that in 2016 mobile will become the leading games platform by software revenue, reaching 37 percent of total gaming sales, surpassing both console and PC games. That’s big news for Canada’s gaming industry, which is the third biggest in the world, contributing $2.3 billion to GDP and employing over 20,000 full time equivalents.

“What we’re seeing in terms of the bigger picture for 2016 is that mobile devices continue to be an important – even vital – part of our daily lives, capturing a significant amount of our time and money, but their influence only extends so far,” said Robert Nardi, Partner and National TMT Leader for Deloitte in Canada.

The number of people who use a third party touch-based payment service to make a purchase on their mobile devices will increase 150 percent to reach over a million users in Canada in 2016. Deloitte found that as of mid-2015, 29 percent of Canadians browse shopping websites on a weekly basis, but only 6 percent make a purchase.

Touch commerce compacts the time taken between browsing to transaction on a mobile phone or tablet from minutes to mere seconds, simplifying the check-out process. The result is likely to be a decrease in ‘cart abandonment’ in 2016, when consumers start buying something on mobile, but give up before purchasing.

Mobile will become the leading games platform by software revenue in 2016, generating 37 percent of sales, up 20 percent from 2015. This compares to 34 percent for PC games and 29 percent for console games, up just five and six percent respectively from 2015.

3. Mobile ad-blockers: Saved by the app?.

Mobile ad-blockers will place less than $100-million of revenue at risk in 2016, or just 0.1 percent of the $70-billion global mobile advertising market. Deloitte expects 0.3 percent of Canadian mobile owners will use an ad-blocker in 2016.

Only about 40 percent of Canadian mobile devices are likely to have native ad-blocking capability built-in, and the majority of time spent on mobile devices is app-based and ad-blockers only filter out browser-based content. This means that ad-blocking is only applicable to a minority of devices, for a minority amount of time.