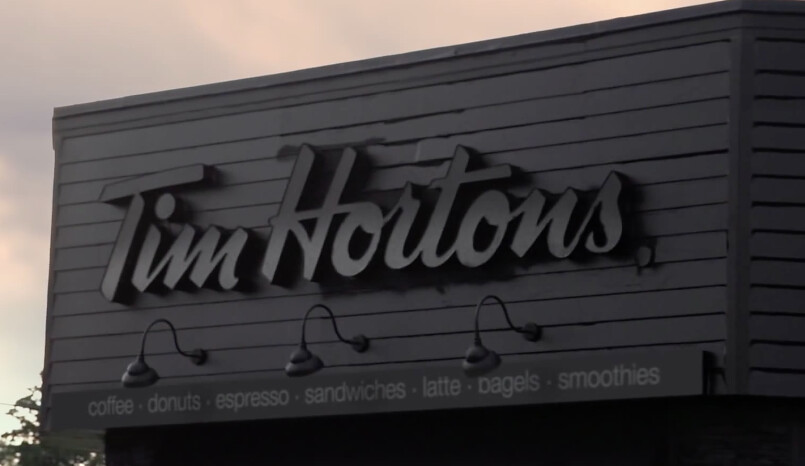 Tim Hortons saw smashing success on social media this week with the launch of the #TimsDark Experiment.

Leveraging the power of the internet, the Canadian coffee chain launched a clever two-minute video on YouTube that’s garnered nearly a million views in less than a week.

The video sees a small-town Timmy’s get painted entirely in black, with no lights on the inside (“I can’t see shit,” one patron says).

Submerged in complete darkness, wary customers question the decision to enter until they’re greeted with the coffee company’s first new blend in half a century: the dark roast.