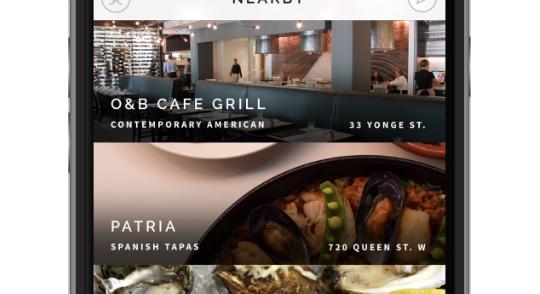 Adam Epstein hates the wireless terminals that come out at the end of a meal.

What would have otherwise been a seamless experience, suddenly “ends with an awkward interaction.”

Epstein is the CEO of mobile payment app Toronto-based Tab and if he gets his way, soon those wireless terminals will be a thing of the past.

“The launch has been super successful to date,” Epstein says. He says he hopes to have 30 Montreal restaurants on-board by mid-March.

“Our assumption that Montreal consumers have an appetite for mobile products that enhance the dining experience, given their passion for dining and food, has been validated,” he says.

“We’re emerging, or wanting to emerge as the leader for mobile payments in dining in Canada,” Epstein says.

The move to Montreal was a natural one, he says.

“There’s a lot of camaraderie between the Montreal and Toronto dining communities,” Epstein says, allowing Tab to leverage its network in Toronto to help drive the expansion.

For users the app means “you never have to wait for a bill again,” Epstein says. As well, “bill are split automatically between friends.”

But as development continues, the app will go beyond just paying for a meal. “What we’re woking towards is a personalized dining experience,” Epstein says.

There are advantages for restaurants too, “servers get higher tips” he says and “turn tables around more quickly.”

The app also provides server report cards to managers and charges restaurants a single flat processing fee for credit cards, something they don’t get with other payment processors who charge different fees for different cards. Restaurant owners know they’ll have to be open to letting customers pay with their phones, he says.

“The real question is who and when,” Epstein says. “Our job is to convince them the who is us and the when is now.”

Epstein says he’s excited by the upcoming launch of Apple Pay. “The biggest misnomer is that Apple Pay is bad for us,” he says. “Apple will never be in full-service dining.”

Epstein says that because Apple Pay’s in-store payment system uses near-field communication technology, which requires users to touch their device to a terminal, he expects it to catch on in quick-service restaurants and retailers but not full-service restaurants.

Instead, he says, the startup plans to integrate with the Apple Pay wallet, allowing for easier credit card integration.

Ultimately, he says the most important thing about Apple Pay is that it “perpetuates the smartphone as wallet paradigm.” That’s something the Epstein hopes will catch on.

“We have an aggressive growth strategy,” Epstein says. He wants Tab to be in its third and fourth cities by the end of the year.

“We want to be ubiquitous,” Epstein says.