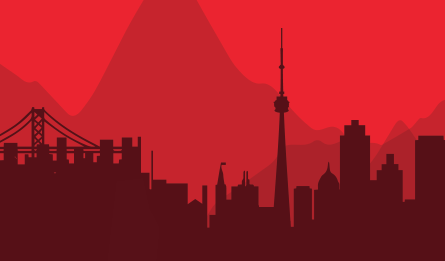 The event comes after years of the TSX running technology investor days, where they profile the largest and highest profile tech companies in Canada, such as companies like Hootsuite.

“Tech is a lot deeper than that in Canada, and what we wanted to do at this event was put a spotlight on the next generation of really exciting tech companies that are being funded and built in this country,” says Michael Kousaie, head of business development and technology at the Toronto Stock Exchange and TSX Venture Exchange. “Since the beginning of 2014, 50 new tech companies have gone public on TSX or TSX Venture, but there’s also a lot of private companies that are getting funded.”

As the event highlighted the private startup scene, a presentation by Paul Singh, managing director of incubator and seed fund 1776, kicked off the event by talking about how venture capitalism and starting a company has changed over the last few years. Besides the fact that running a company has become insanely cheaper compared to 20 years ago, there are now different factors that entrepreneurs have to worry about when they’re seeking funding.

“Traction is the new intellectual property,” Singh says. “Facebook has over a billion people that log in at least once a month. So for the founders and investors in this room, you no longer just have to justify product risk, you also have to worry about distribution risk.”

A panel discussion including people from some of the top accelerators in the country – including Bill Tam of BCTIA, Steve McCartney of Communitech, Marcus Daniels from HIGHLINE and Salim Teja of MaRs had the panelists giving their perspectives on venture capitalism and how the startup landscape will change in the next few years, and six private startups had the chance to present throughout the day – Granify, a platform targeted at retailers to address online shopper hesitation by predicting their behavior and including messages or stimuli, just announced a $9 million Series A from Valar Ventures that morning. And Sensibill, a startup working on allowing their customers to access their receipts directly from their bank account, talked about how they were working with banks to enhance the banking experience.

Fittingly, the event ended off with a talk from Harley Finkelstein, chief platform officer of Spotify, about the 10-year grind of getting Shopify from a lifestyle website pre-2010 to a public company that has raised at least $131 million.

“It wasn’t necessarily as glamorous to be an entrepreneur or a startup,” Finkelstein says of running a startup pre-Zuckerberg. “One of the worries I have is that, because you don’t need a lot of money, you can run something out of your garage, it’s becoming a little over-glamourized. But it’s a total grind, and I worry people don’t appreciate that.”

Besides hiring people who are smarter than you and building a high-performing team and culture, Finkelstein advises founders to be completely honest with themselves. “When I look at startups that I’m working with, I just want them to be real with themselves. I put it in a way that’s like, if it’s not working for you, it doesn’t mean you’re a failure, there just may be another opportunity,” he says.

Nonetheless, he’s excited about the innovation coming out of Canada.

“Let’s try to celebrate success a bit more. We’re terrible at celebrating success in Canada, and I think we just need to encourage and help each other.”