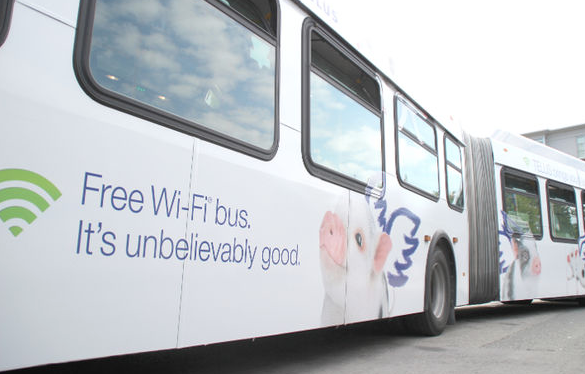 TransLink is adding wifi to buses in Vancouver.

Three buses—8125, 9258, and 9266—will be equipped with free wifi thanks to an advertising agreement with Telus. There will be no wifi on the SkyTrain, Seabus, West Coast Express, or the hundreds of other buses operated by TransLink.

The routes these buses will take include the 351 White Rock-Richmond route, 99 B-Line on Broadway, and the 555 express at Braid-Carvolth route. The buses will be heavily Telus-branded and say “free wifi” on the side, so it’s hard to miss them, says TransLink.

The advertising contract is for six months with an optional six-month extension, according to TransLink.