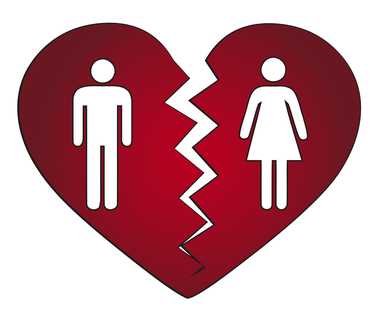 A study released Monday by the University of Missouri provides some interesting insights about Twitter and Facebook, and the potentially damaging effects they can have on our relationships.

Said conflict apparently leads to infidelity and even divorce. According to Clayton, he finds it “interesting that active Twitter users experienced Twitter-related conflict and negative relationship outcomes regardless of length of romantic relationship.”

Just before you jump to conclusions regarding this phenomenon being limited to the younger generation, Clayton’s 571 subjects ranged in age from 18 to 67. Perhaps this study is telling us something we didn’t know. Let’s dig deeper.

Without an age bias, Clayton had his subjects divulge how often they login to Twitter, tweet, scroll the Twitter newsfeed, send direct messages to others, and reply to followers. The study’s diverse set of participants also revealed how much, if any, conflict arose between their current or former partners as a result of Twitter use.

“How often do you have an argument with your current or former partner because of too much Twitter use?” asked the study. Clayton theorizes that the more active a subject is on Twitter, the better the chances are that they’d experience Twitter-related conflict with their partner. The theory goes on to predict significant negative relationship outcomes, such as cheating, breakup, and divorce.

I’m no psychologist, but couldn’t Twitter be replaced by any number of instant-gratification-giving stimuli as a potentially destructive catalyst to our relationships? Look at the introduction of the television set into the homes of the 50s. I’m sure if you looked hard enough you’d find a similar study focusing on the correlation of excessive TV viewing with the depreciation of marriage. (Sidebar: if you still have a TV in your bedroom, the only two reasons it should ever be turned on are to have it tuned to something relaxing to induce sleep, or, for those so inclined, to watch porn).

Back to Twitter. Strangely, as of this writing, the social media site announced a brand new look to further entice users to share more of themselves. How many of you see the humour in Twitter’s move to make itself more sexy a mere 24 hours after a major study was released implicating the service as a potential cause for infidelity?

I’ve written about Twitter being used specifically as a tool for the unfaithful, but I think regardless of the app, social media service, website, whatever tech options out there, if a person is going to stray from his or her relationship they’re going to do it anyway. Technology just makes things a whole lot easier.

As for the study’s conclusions, what does Clayton suggest for partners dealing with a case of Twitter-induced conflict? “Although a number of variables can contribute to relationship infidelity and separation, social networking site usage, such as Twitter and Facebook use, can be damaging to relationships,” the doctoral student said. “Therefore, users should cut back to moderate, healthy levels of Twitter use if they are experiencing Twitter- or Facebook-related conflict. Some couples share joint social networking site accounts to reduce relationship conflict, and there are some social networking site apps, such as the 2Life app, that facilitates interpersonal communication between partners.”

There you have it. Like dieting, it’s all about moderation, people.

If only it were that simple. What relationships on the brink really need is a study that comes up with a definitive solution to our social media addictions. Now that’s something the world could use. As interesting as Clayton’s study actually turned out to be, it’s still another in a long line of studies that simply tells us something we already know.