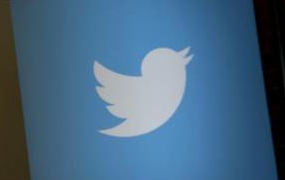 Twitter Canada opened shop just over one year ago. It is the Canadian arm of social media giant Twitter, but it looks, feels, and even quacks like its own burgeoning startup.

In terms of size, for example, Twitter Canada has only about 25 employees right now, less than 1% of Twitter’s total headcount of just under 3,000. Headed by Kirstine Stewart, formerly of CBC, Twitter Canada “still holds to its startup ethos,” suggests James Bradshaw in The Globe and Mail, with a tiny Toronto office on King Street West office that still measures seniority in months and even weeks, not years.

Twitter Canada, in fact, doesn’t even have a five-year plan. Which, if it were truly a startup, would create great risk. But the main difference is that Twitter Canada has the backing of Twitter, which generated $250 million in revenue in the last quarter alone. That’s far more substantial than any angel or venture capital support an actual startup could hope for.

Perhaps, then, Twitter Canada boasts the best of both worlds: a startup culture with an incredibly large, strong safety net. Here’s hoping Stewart and co. can turn that rare luxury into something awesome.